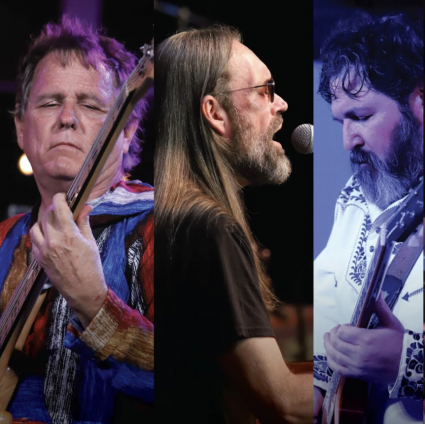 Southern Rock meets the Newberry Opera House with A Brother’s Revival, an Allman Brother’s Tribute Band! This tribute concert celebrates the 50th Anniversary of the Allman Brothers and how unique is it that the group has a musical director who recorded and toured with the original group.

David “Rook” Goldflies played in the Allman Brother’s Band night after night and continues to rock on, with a Brother’s Revival. It was him who wanted to honor and do justice to the music of the legendary group. Bringing a great foundation of the Allman Brothers with him, this tribute band can realize the full potential of the music and create powerful performances.

From Dickey Betts & Great Southern, Mike Kach tags along as the group’s vocalist and keyboardist. Together, Kach and Goldflies help the group tap deep into their southern roots and capture the beauty of the double leads.

Just as you’d experience from the original band don’t think they’ve forgotten to include groundbreaking double leads, dual drummers, rock-n-roll Timpani solo, and even a G-3 organ! A Brother’s Revival has all the key components to make their performance nothing but authentic and exciting.

With performances going for almost two and a half hours, hear fan favorites like “Melissa,” “Southbound,” “Ramblin Man,” and many more! If you love the music of The Allman Brothers Band, get ready enjoy a perfectly recreated energy, vibe, and passion on the Newberry Opera House stage.