The Veterans Day Parade, known as one of the Southeast’s largest Veterans Day parades, will begin at 11 a.m. from the intersection of Sumter and Laurel streets, and travel southbound on Sumter Street ending at Pendleton Street near the State House.

This year’s grand marshals will be representatives from the Great American Defense Community.

The Veterans Day Parade is sponsored by the City of Columbia and Blue Cross and Blue Shield of South Carolina, WIS, USC and Cocky, Chamber of Commerce, Fort Jackson, Year of the Veteran Truck and USO. 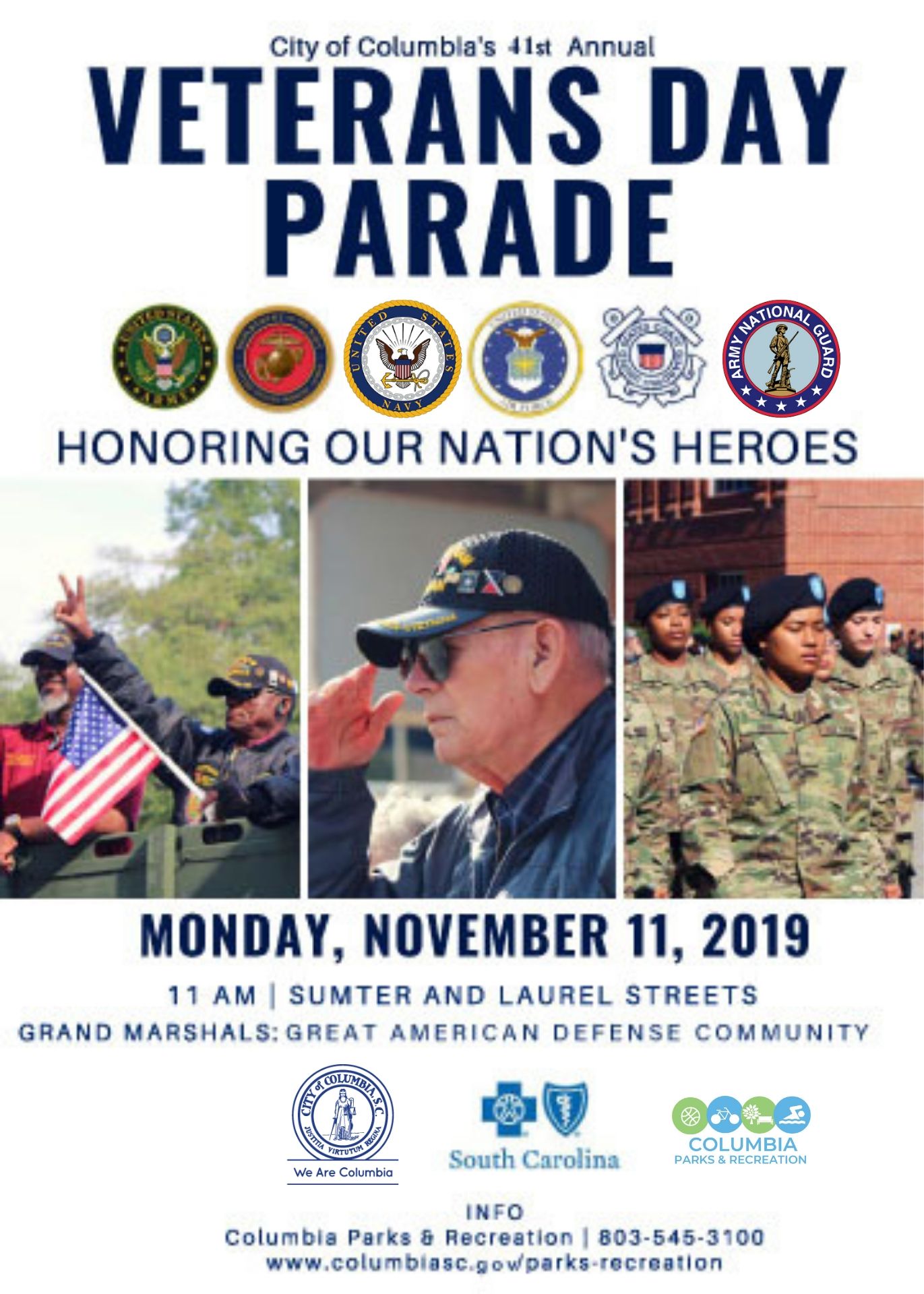