Finally Fridays on the Square! 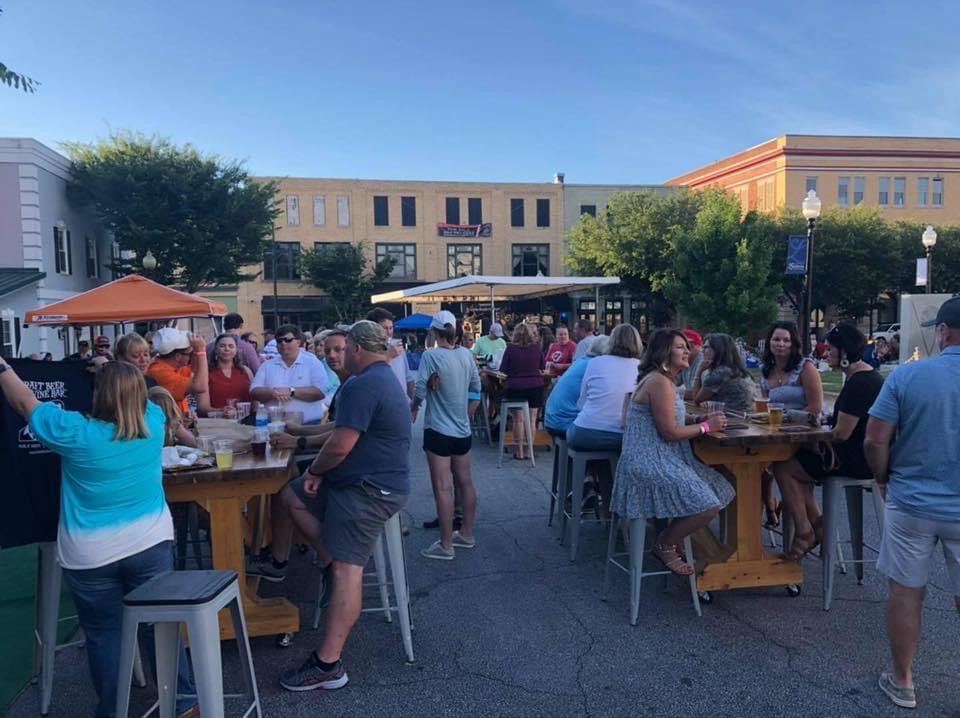 Palmetto Brothers Dispensary, The City of Laurens and Main Street Laurens have once again partnered to bring you Finally Fridays! Every Friday night we will have food trucks and live music on the outdoor stage!

Lecretia Ann
Hard driving Honky Tonk Country with a flavor of Southern Rock thrown in for good measure. The sound of pure country

Dana Beigay
A solo Singer/ Songwriter and acoustic performer. Born in Greenville Sc and raised everywhere else! I’ve performed music in Atlanta And Savannah Ga as well as Jacksonville Florida.

Exiled since 2012, four agents of musical mayhem met in an undisclosed location somewhere off Interstate 67 to plot a rock & roll coup. Their mission: liberate the music from the hands of tyranny & mediocrity and return good times to people everywhere. This is their story……
If you love live music, this is the band you’ll want TO SEE…TO HEAR…TO EXPERIENCE!

It’s been a fascinating and epic forty-five year musical pilgrimage, and Jef now finds that the Carolinas are the perfect and preferred place to finish out what has been a marvelous and rewarding career.

J Stephens, a Laurens native, has settled into a sound that he describes as “Carolina Folkrock.” Two years, 1000’s of miles and a few hundred dive bars later, J is ready to release his debut full band album. With the southern grit of American Aquarium, the soulful timber of Hozier and a touch of One Republic’s anthemic pop rock, “Stubborn Hearted Handbook” covers the highs and lows of being an DIY musician and is sure to inspire and encourage those that are unwilling to settle for anything less than their dreams.

Having performed over 450 shows since 2012, Hot As A Pepper provides the best in current to classic dance music including Rock, Disco, Funk, Pop, Top 40, R&B, Motown, Beach, Soul, Country, Jazz and more.

Since 2007 Conservation Theory has been performing their original music across the southeast. Born in the mountains of South Carolina and bolstered by the vocal traditions and storytelling of their homeland, the songs tell the tales of experience and imagination. Inspired by the ancient muse that calls out to the creator to create, Conservation Theory tells tales of woe, happiness, spirit, human frailty, Earth and nature. We’ve played with big names, we’ve played with small names, we’ve played to three people, we’ve played to three thousand people. We enjoy the act of sharing our music and stories with all who will come and sit a spell.

The Revival is Spartanburg’s newest Rock ‘n’ Roll tribute band. The band members are huge fans of rock ‘n’ roll, and we wanted to “revive” these hits for others to enjoy in a classy, family-friendly setting.

Levelz is a specifically designed unit put together to entertain & cater to the Biggest occasion down to the Smallest. With a wide & diverse inventory of songs that starts from Classic R&B, Soul , Funk & Top 40’s hits of all decades! You are guaranteed to sing along, dance ,& have a great time!

The Carolina Coast Band evolved in 2013 from the efforts of three former members of The Out-Of-Towners Band as well as other well-known regional beach music bands from the upstate of South Carolina. The band delivers a combined 90 years of experience in Beach, Motown, R&B, and Oldies music to satisfy the demands of today’s party requests. Their popularity continues to grow as they span the East Coast of the US performing and promoting Carolina Beach Music, Rhythm and Blues, and Party Music.

Zac Kellum is an American singer/songwriter from Easley, SC. He’s known regionally for his whiskey soaked soulful sound and makes a lasting impression no matter where the road takes him. His original songs tell honest tales based on heartache, raw emotion, and the good times in between!

The High Tides are quickly taking the South Carolina music scene by storm. Fronted by Jordan Lawson, the High Tides are an ever changing playlist of popular tunes, crafted to perfectly fit each and every crowd they encounter.

The Warcry Band is a Country/Southern Rock Band from the foothills of the Blue Ridge Mountains in Oconee County, South Carolina known as The “Golden” Corner.

No Speed Limit is a 4 piece group based in Upstate South Carolina consisting of veteran musicians performing Red Dirt country and original music.

Richie Tharpe is an alternative-americana folk singer/ songwriter and recording artist from Ohio, add that, and mix it with a reggae/ rock twist, Richie delivers all the tunes that you’ll want to hear again.