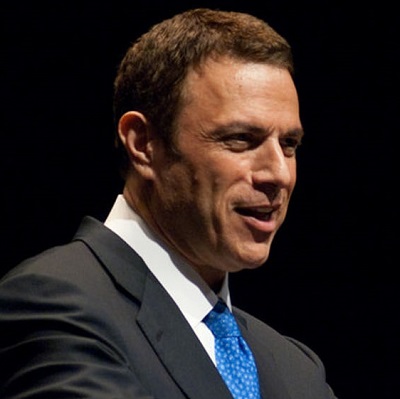 Michael Beschloss, the best-selling presidential historian and author of nine books about U.S. presidents, will present “Leadership: A Story of the American Presidency,” on Thursday, Oct. 17, at the Greenville Country Club. The event is sponsored by the American History Book Club and Forum (AHBC) and Furman University.

The event begins with a book signing from 5:30 to 6 p.m., with Beschloss’s presentation beginning at 6:30 p.m. The cost is $50 per person, with the opportunity to include an additional donation to the Furman University Huff Scholars Fund, which supports Furman student internships and research and promotes history literacy in grades K-12.

This year’s Huff student and alumni scholar winners will also be recognized at the event.

A Kate Huff History Scholars Award is going to Sara Collins Elementary School teachers Sarah Shade ’11, M’17, Caroline Barrington ’12, M’14 and Carrie Johnson ’01, M’03. They plan to use the $1,000 award for an educational history-related field trip to Washington, D.C., this spring for fifth-grade students at the school.

Whitney Becker ’14, M’16 will also receive a Kate Huff History Scholars Award. Becker, a teacher at West View Elementary, plans to use the $1,000 award to give students the opportunity to travel back in time via virtual reality using Google Cardboard and iPods for Google Expeditions, which will allow them to experience via virtual reality what it was like for people living during the Industrial Revolution.

The New York Times has described Beschloss as “easily the most widely recognized presidential historian in the United States,” and The Charlotte Observer said he “knows more about America’s presidents than perhaps anyone on earth.”

Beschloss’s first book, “Kennedy and Roosevelt: The Uneasy Alliance,” published in 1980, originated from his senior thesis at Williams College. His most recent book, “Presidents of War,” published in October 2018, is a look at how presidents handled the nation’s conflicts, from the War of 1812 through Vietnam. Historian Jon Meacham called the book “monumental” and “a landmark book about power, leadership and human nature itself.”

Beschloss’s books about U.S. presidents, include “Eisenhower: A Centennial Life,” “The Crisis Years: Kennedy and Khrushchev,” and “Presidential Courage: Brave Leaders and How They Changed America, 1789-1989.” He published two books, “Taking Charge” and “Reaching for Glory,” of annotated transcripts of President Lyndon Johnson’s conversations as captured on audio recordings. He also wrote the introduction and edited the best-seller “Jacqueline Kennedy: Historic Conversations of Life with John F. Kennedy.”

Beschloss is the presidential historian for NBC News and is a contributor to “PBS NewsHour” and The New York Times. He won an Emmy Award for hosting a Discovery Channel series and has numerous other honors, including the State of Illinois’s Order of Lincoln, the Ambassador Book Prize, the Harry S. Truman Public Service Award, the Founders Award of the Historical Society of Pennsylvania, the New York State Archives Award and the Rutgers University Living History Award.

Founded in 2008, the AHBC “provides opportunities for the intellectually curious to explore their passion for American history through the written and spoken presentations of great writers and historians,” according to the group’s website. “The club is dedicated to creating interest in the nation’s cultural, economic and political history, to inspiring appreciation for enlightened traditions of the American experience and to advancing the United States’ distinctive leadership role in the world.”

For more information and to purchase tickets, contact Furman’s Nancy Liebezeit at [email protected] or 864-294-2173.