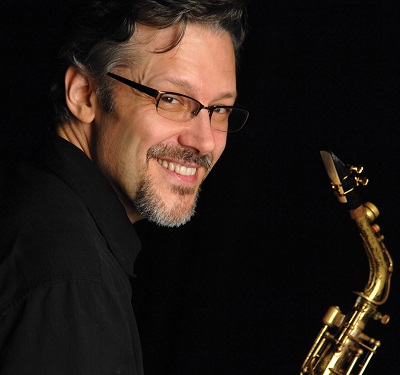 The Furman Department of Music will host the Dave Pietro Quintet Friday, Sept. 13, at 8 p.m. in Daniel Recital Hall on campus.

The jazz concert is open to the public and is sponsored by Furman’s Student Government Association, D’Addario Woodwinds, and Conn-Selmer. General admission tickets are $15 for adults, $10 for seniors and $5 for students.

Furman Professor of Saxophone and Director of Jazz Studies Matt Olson said, “It’s not often we get the chance to hear world-class playing like this in Greenville, so we are doing our best to bring it to the community.”

A native of Southboro, Massachusetts, Pietro has been a fixture on the New York music scene since 1987. His talents as a gifted saxophonist, woodwind doubler, composer and educator have made him a highly sought-after musician who has performed at jazz clubs, jazz festivals, schools and concert halls in more than 30 countries throughout Asia, Australia, Europe and the Americas.

From the mid-90s to 2016 he played lead alto saxophone and recorded seven CDs with the Toshiko Akiyoshi Jazz Orchestra. He has also toured and/or recorded with the bands of Woody Herman, Lionel Hampton, Maynard Ferguson, The Village Vanguard Jazz Orchestra, John Fedchock, Mike Holober, and Anita Brown among many others.

Pietro was selected as a semi-finalist for the first two Thelonious Monk Institute of Jazz International Saxophone Competitions (1991 and 1996) and was a finalist in the 1995 JAZZIZ Magazine “Woodwinds on Fire” talent search. In addition to other awards, he was the recipient of a grant from the National Endowment for the Arts in 1996.

Pietro holds a bachelor’s in music education from North Texas State University where he toured and recorded four albums with the school’s One O’Clock Lab Band. He holds a master’s in jazz composition from New York University.