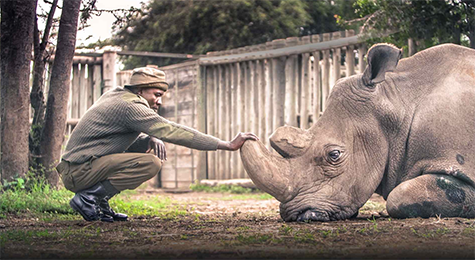 Join us on the Village Green on Saturday, February 15 at 4:00 pm for a never-seen edit of KIFARU, a feature-length documentary that follows the lives of two young, Kenyan recruits who join Ol Pejeta Conservancy’s rhino caretaker unit – a small group of rangers that protect and care for Sudan, the last male northern white rhino in the world. Spanning the course of the caretakers’ first four years on the job, KIFARU allows viewers to intimately experience the joys and pitfalls of wildlife conservation firsthand through the eyes of these Kenyan rhino caretakers who witness extinction happening in real-time.