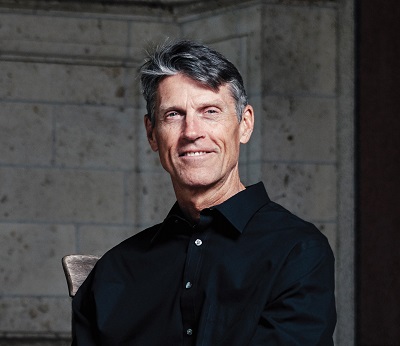 In a time when politics seems more polarized than ever, historian and New York Times best-selling author H.W. Brands says there are lessons to be learned from 19th-century politicians Henry Clay, John C. Calhoun and Daniel Webster.

Brands, a two-time Pulitzer Prize finalist, will present “Heirs of the Founders: How Clay, Calhoun and Webster Showed Us the Way to Compromise,” on Thursday, Oct. 28, at The Poinsett Club. The event is sponsored by the American History Book Club and Forum (AHBC) and Furman University. Check-in begins at 5:30 p.m. with a book signing. Brands’ presentation will begin at 6 p.m. and will include a question-and-answer period.

According to the publisher, “Heirs of the Founders” is a “riveting story of how, in 19th-century America, a new set of political giants battled to complete the unfinished work of the founding fathers and decide the future of our democracy.”

H.W. (Henry William) Brands was born in Oregon, went to college in California, sold cutlery across the American West and earned graduate degrees in mathematics and history. He taught at Vanderbilt University and Texas A&M University before joining the faculty at the University of Texas at Austin, where he holds the Jack S. Blanton Sr. Chair in History and teaches history and writing to graduate students and undergraduates.

Brands’ books include “The Zealot and the Emancipator,” “Dreams of El Dorado,” “Heirs of the Founders,” “The General vs. the President” and “Reagan.” Several of his books have been bestsellers; two, “Traitor to His Class” and “The First American,” were finalists for the Pulitzer Prize.

He lectures frequently on historical and current events and can be seen and heard on national and international television and radio. His writings have been translated into 11 different languages. For the past several years he has been writing American history as poetry and publishing it on Twitter (@hwbrands).

Founded in 2008, the AHBC “provides opportunities for the intellectually curious to explore their passion for American history through the written and spoken presentations of great writers and historians. The club is dedicated to creating interest in the nation’s cultural, economic and political history, to inspiring appreciation for enlightened traditions of the American experience and to advancing the United States’ distinctive leadership role in the world.”