Peabo Bryson at the Peace Center 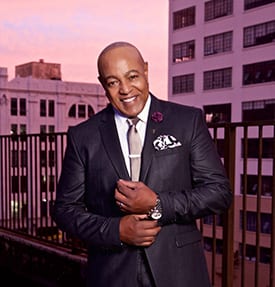 Greenville native Peabo Bryson brings his Stand for Love tour to the Peace Center on Thursday, May 16, at 7:30 p.m.

Possessing a beautifully rich, almost operatic voice, Peabo Bryson has established a career as one of the premier male vocalists in contemporary music of the last quarter century.

Bryson has the distinction of being the first artist in music history to have separate records topping four different charts (pop, adult contemporary, contemporary jazz and classical crossover album). Hits “Show & Tell” and “Can You Stop The Rain” climbed the R&B charts, “Tonight I Celebrate My Love” with Roberta Flack became a crossover smash, and beloved tunes “Feel the Fire” and “I’m So Into You” penetrated the hearts of soul fans.

A couple of famous Disney duets earned Bryson his two Grammys: “Beauty and the Beast” with Celine Dion and “A Whole New World” with Regina Belle. After these two milestones, Bryson became a much sought-after guest vocalist and duet partner, including working with Tony Award®-winner Lea Salonga on “We Kiss in the Shadows” and Kenny G for “By The Time This Night is Over.”