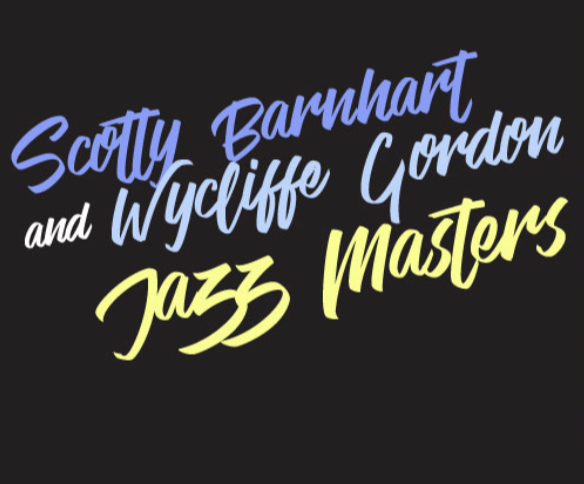 Live in the Lobby: Koger Center Jazz is a unique series that was created as a partnership between the Koger Center for the Arts and the ColaJazz Foundation. Koger Center Jazz typically consists of concerts held in the dynamic, open expanse of the Koger Center lobby curated to embody a specific style and era of jazz music. This concert, however, is a Behind the Curtain performance which will take place with the audience and the performers together on the Koger Center for the Arts stage. Thirty minutes before start time, the concerts will kick off with an optional dynamic discussion between the artist and the audience about the music they are about to hear. Join us to experience this one-of-a-kind concert series designed for audiences seeking premier jazz and specialty experiences in exceptional settings.

Scotty Barnhart and Wycliffe Gordon are both internationally known and respected powerhouse musicians within the jazz community. While they have known each other and worked together since the mid 1980’s, it is rare (at best) to see a concert that is co-headlined by both of these legends.

Scotty Barnhart is an internationally acclaimed Jazz trumpeter, composer, arranger, educator, author, and is the Director of The Legendary Count Basie Orchestra. A featured trumpet soloist with the orchestra for over twenty years, he’s a two-time Grammy Award winner, appears on three critically acclaimed recordings with pianist Marcus Roberts, and over fifteen others with artists as diverse as Tony Bennett, Diana Krall, Ray Charles, and Tito Puente. Acknowledged as an authority on the history of Jazz trumpet, he has given two keynote lecture-demonstrations at The International Trumpet Guild Conference and continues to give lectures and seminars at universities in South America, Japan, China, Europe, South Africa, and all across the United States. Hal Leonard published his groundbreaking book, The World of Jazz Trumpet – A Comprehensive History and Practical Philosophy worldwide in December 2005 to rave reviews.

Wycliffe Gordon experiences an impressive career touring the world performing to great acclaim from audiences and critics alike. Jazz Journalists Association named him 2021 “Trombonist of the Year” for the record breaking 14th time, and he’s topped Downbeat Critics Poll for “Best Trombone” for an unprecedented six times (2020, 2018, 2016, 2014, 2013 & 2012). Additionally, he was the recipient of the “Louie Award”, the International Trombone Award and the Satchmo Award, among others. Wycliffe is a prolific recording artist and is extremely popular for his unmatched signature sound, plunger technique and unique vocals. He can be heard on hundreds of recordings, soundtracks, live DVD’s and documentaries. Gordon is commissioned frequently, and has an extensive catalog of original compositions that span the various timbres of jazz and chamber music. Musicians and ensembles of every caliber perform his music throughout the world and his arrangement of the theme song to NPR’s “All Things Considered” is heard daily across the globe.