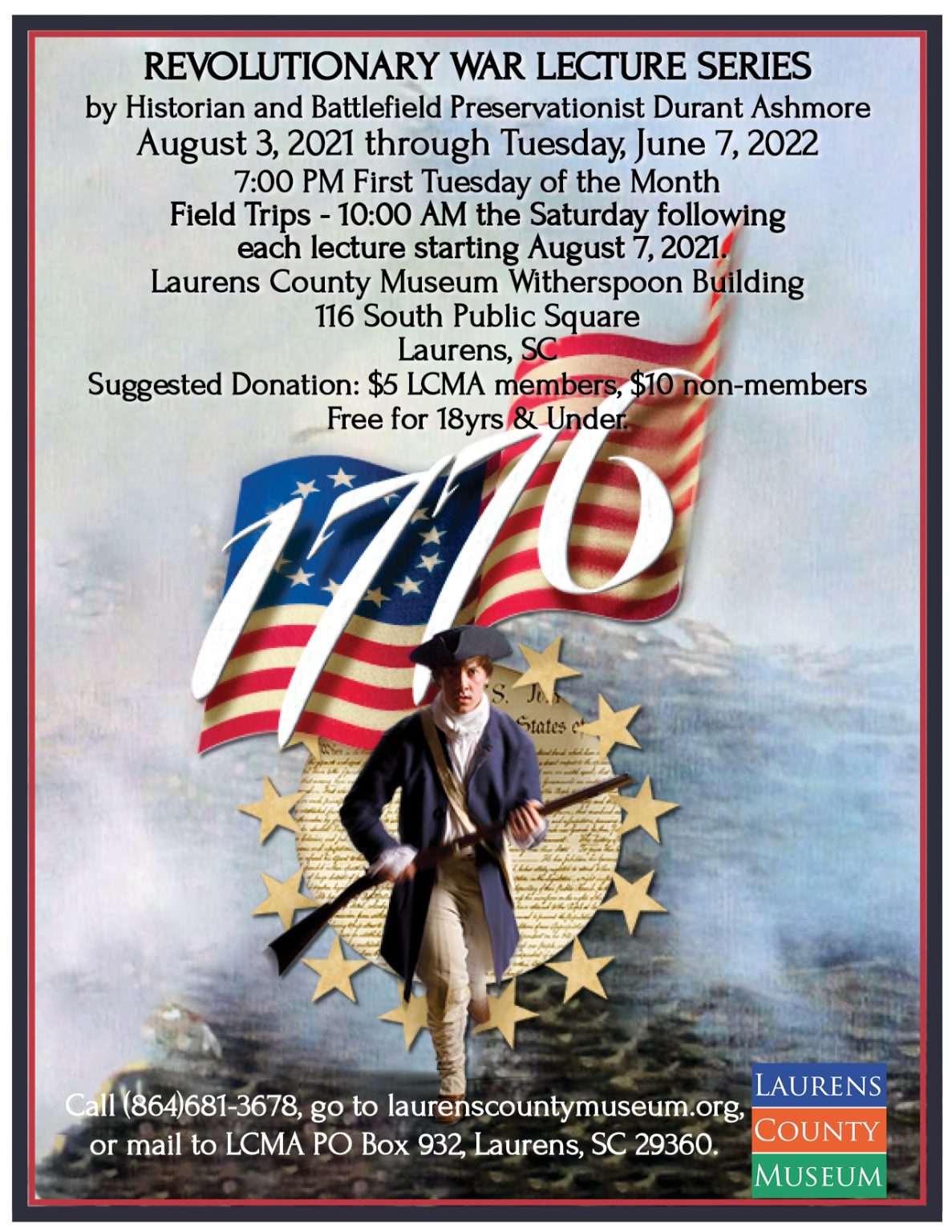 The Laurens County Museum presents the fifth in the Revolutionary War Lecture Series “The Little River and Spartan Regiments” by historian and battlefield preservationist Durant Ashmore on November 2, 7:00 PM. Known as “the fightingest regiments the war ever saw” according to Ashmore, the Little River and Spartan Regiments were from Laurens and Spartanburg Counties in South Carolina. Two of the most storied regiments of the war, the two fought side by side in more than forty significant engagements in some of the most important battles. The lecture will be at the Laurens County Museum Witherspoon Building, 116 South Public Square, Laurens, SC. 29360.