UofSC Theatre presents “Much Ado About Nothing”

An event every week that begins at 8:00 pm on Thursday, Friday and Saturday, repeating until November 9, 2019 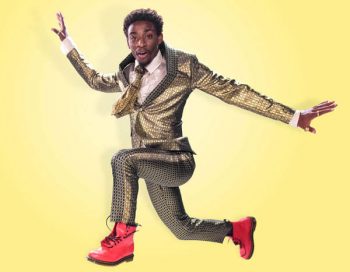 Show times are 8pm Thursdays through Saturdays, with additional 3pm matinee performances on October 27, November 3, and November 9.  Tickets for the production are $15 for students, $20 for USC faculty/staff, military personnel and seniors (60+), and $22 for the general public.  Tickets are available online at theatre.sc.edu, or can be purchased in person at the main box office located at Longstreet Theatre beginning Friday, October 18.  The main box office phone number is 803-777-2551.  Box office hours are 12:30 – 5:30pm, Monday – Friday.  Longstreet Theatre is located at 1300 Greene St.

In Shakespeare’s beloved battle of the sexes, the noble Don Pedro has his mind set on bringing together two romantic couples — the smitten Claudio and Hero, and the constantly bickering Benedick and Beatrice.   His matchmaking efforts are foiled, however, by the scheming of the jealous, conniving Don John.  Featuring some of The Bard’s most cunning wordplay and a cadre of his most colorful characters, Much Ado About Nothing is indeed a “merry war” filled with adventure, romance and unwavering wit!

Director Dustin Whitehead, who recently joined the University’s Theatre Program as Assistant Professor of Film and Media Performance, says he is excited to make Shakespeare’s 16th-century classic feel fresh for a 21st-century audience.

“What’s cool about this play is that while a fair amount of people know it really well, there are a lot who have never seen it,” says Whitehead.  “So, we have an opportunity to present these characters in our own way and make this play our own.”

For this production, that modernization is achieved in part by setting the play in a contemporary world of “high art” rather than the royal domain of princes and lords.  Scenic design by Nate Terracio will transform Longstreet Theatre’s full arena space (including the audience seating area) into an elite, avant-garde gallery filled with modern visual art, contemporary music (sometimes performed by the cast) and original contemporary dance choreographed by new UofSC Assistant Professor of Dance André Megerdichian.

Whitehead says the idea is for the audience to not just be surrounded by art, but also be treated as like-minded artists.

“There’s this idea of perception in this play,” Whitehead explains.  “How people are perceived by others, or want to be perceived by others, versus how they are actually seen or actually are.  When we’re all put into a gallery and treated as artists, what does that do to us?  The art on the walls, along with the music, costumes, and dance will have some sort of personal effect, the way that any art at a gallery would, so what does that make the audience feel or question about themselves?”

The production also purposely challenges perceptions about gender and ethnicity, says the director, who intentionally cast a diverse group of actors for the project.   “You might have men in dresses, women in short hair and slacks, or people in roles in which they traditionally wouldn’t be cast.  It’s just of today.”

Whitehead sums up the production as being fast-paced and entertaining, for sure, but with a focus on making sure the audience comes along for an emotional and hopefully inspirational ride.

“I’ve asked myself, ‘Why this play now?’” he says, “and I feel like the reason to do it is to talk about contemporary issues and inspire people to be who they want to be in the world.”

For more information on Much Ado About Nothing or the theatre program at the University of South Carolina, contact Kevin Bush by phone at 803-777-9353 or via email at [email protected].