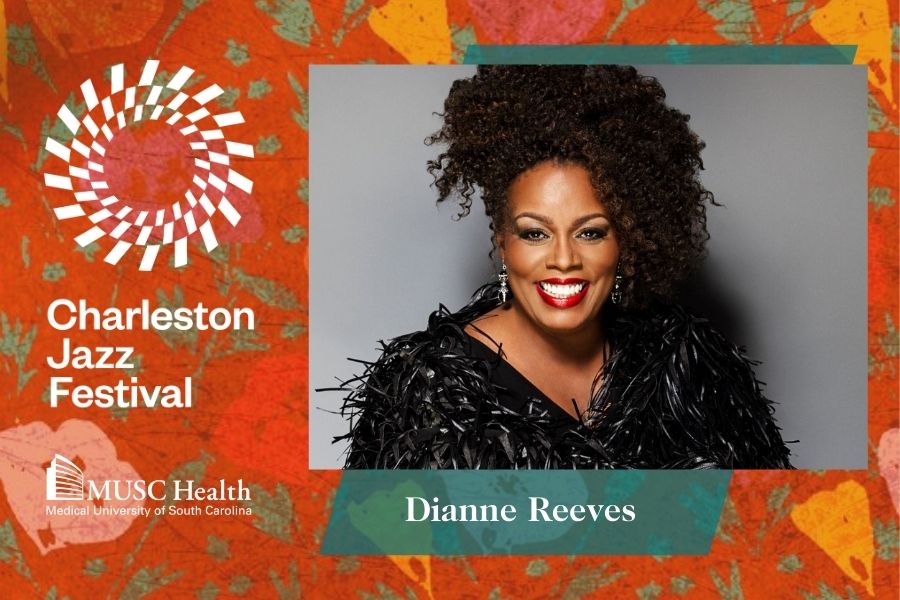 GRAMMY-winning artist Dianne Reeves has been named a “Jazz Master” by the National Endowment for the Arts – the highest honor for a jazz artist in the United States. Reeves also holds an honorary Doctor of Fine Arts from Juilliard for her “breathtaking virtuosity, improvisational prowess, and unique jazz and R&B style.” Historian and music critic Scott Yanow describes Reeves as “a logical successor to Dinah Washington and Carmen McRae, Reeves is a superior interpreter of lyrics and a skilled scat singer.” This performance is made possible by the Medical University of South Carolina.