Gen. ‘Fig’ Newton will tell his impressive story of service in war and peace 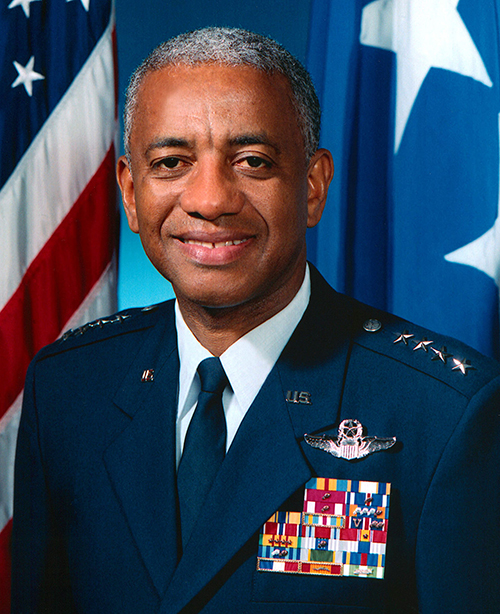 Gen. Lloyd “Fig” Newton has a lot of fascinating stories to tell, having led a life of adventure and distinction serving his country.

He is a retired U.S. Air Force four-star general from South Carolina. He flew 269 combat missions in F-4s in the Vietnam War, 79 of them over North Vietnam. In 1974, he became the first African-American pilot to fly as a member of the Air Force’s Thunderbirds demonstration team.

Gen. Newton will tell about all of that and much more at noon on Friday, June 24, at the South Carolina Confederate Relic Room and Military Museum in Columbia. The program is open to the public and free.

Much of what he will speak about is included in his autobiography, Living the Dream, released last year.

As a boy, Newton’s dream was to serve in the military, although not as a pilot. “I didn’t know anything about airplanes growing up.” He never flew in one until he was in college at Tennessee State in Nashville. Why did he go out of state to college? Well, he also wanted to study mechanical engineering, and he couldn’t do that at home, because the University of South Carolina and Clemson weren’t integrated yet.

That first flight hooked him – “It was electrifying!” – and launched him on his life’s work. And while he was still at Tennessee State in 1964, he saw the Thunderbirds perform for the first time, and decided he would join them one day – which he did 10 years later.

He is thankful to have survived his grueling Vietnam service, during which he earned the Legion of Merit, two Distinguished Flying Crosses, and 17 Air Medals. Most of all, “I returned safely, unlike some of my colleagues, my friends.”

He was stationed in the Philippines next, and from there he applied for the first time to the Thunderbirds. He would have to apply twice more before he made it.

Later he served in Washington as an Air Force congressional liaison officer with the U.S. House of Representatives. He served in the Pentagon a couple of times, at one point helping to develop such new aircraft as the F-22, the B-2 and the F-117 stealth attack plane.

Today, Gen. Newton lives in Bluffton, S.C., just about 35 miles from his hometown of Ridgeland.