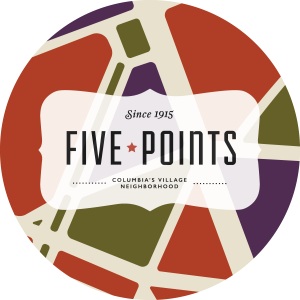 After a two-year hiatus due to the COVID-19 pandemic, the Five Points Association is pleased to announce the return of St. Pat’s in Five Points this Saturday, March 19th. This is a special year as Columbia’s much-loved Irish tradition celebrates its 40th Anniversary.

Forty years ago, Duncan MacRae of Yesterday’s Restaurant & Tavern, Steve Gibson of Peddler Steak House, Chuck Pettit of the Columbia Jaycees and Tony Latella of PYA Monarch sat down in a booth at Yesterday’s Restaurant & Tavern, had a few beers and devised a plan to increase the visibility of Five Points’ businesses on St. Patrick’s Day when most people were leaving town for Savannah. The Annual St. Pat’s in Five Points emerged forming a fun-filled festival benefiting children’s charities in the Midlands. 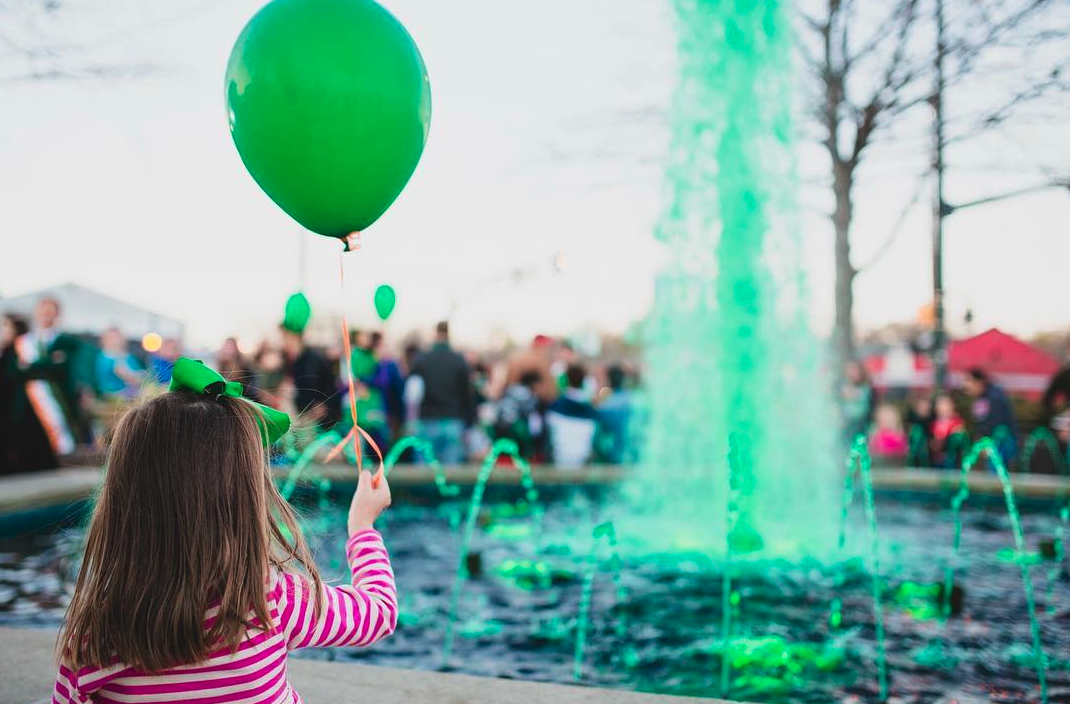 The Five Points Association hosts the Southeast’s largest one-day St. Patrick’s Day event that garners an average of 45,000 attendees between all the day’s events. Festivities will begin with the Get to the Green 5K/10K and 1-Mile Family Fun Run, the St. Pat’s Parade down Devine Street into Five Points, the Pot O’Gold Playland for the kids, four stages of music, artisan craft vendors, food vendors, green beer and more! The sold-out Tito’s Handmade Vodka VIP Suite will be held at Saluda’s, located at 751 Saluda Avenue, again this year.

“After missing the festival for two years due to the pandemic, the Five Points Association is elated to bring back St. Pat’s in Five Points just in time for its 40th Anniversary,” shares Katy Renfroe, Association Manager. “To have an event running this long that is loved by so many is quite a feat. Second to the SC State Fair, we’re proud to be the largest event in Columbia and hope to break our own attendee record this year.”

St. Pat’s in Five Points welcomes a myriad of demographic attendees – children, families, college students and senior citizens – annually and has a $7+ million economic impact on the City of Columbia and Richland County. More than 35% of attendees travel to Columbia for the festival and come from over 2,000 zip codes and over thirty countries.

This year’s festival will be co-headlined by Grammy winner Blues Traveler and newcomers Surfaces! Blues Traveler is known for their hits “Hook,” “Run-Around,” and “But Anyway” and has several hits within the Top 10 on the Billboard charts. Surfaces is known for their huge TikTok hit “Sunday Best” that has also garnered 750 million streams on Spotify. Also performing are:

Spinning the best in hip-hop and R&B between artists’ sets is veteran deejay, The Big DM’s DJ Prince Ice, who has been on Columbia’s airwaves for nearly thirty years, and regional hip-hop artist and South Carolina’s godfather of hip-hop, FatRat Da Czar will be this year’s festival host.

St. Pat’s in Five Points also affords the Five Points Association the opportunity to give back to the community that has been its biggest supporter. The FPA will continue the tradition of contributing a portion of money made during the festival to the volunteer groups who help us stage this event. In the festival’s forty-year history, the FPA has donated approximately $1M to local Midlands’ charities including City Year Columbia, Pawmetto Lifeline, Junior Woman’s Club of Columbia, MLK Neighborhood Association, USO of South Carolina, Special Olympics of SC, SC Pride, Sustainable Midlands, United Way of the Midlands, Vietnam Veterans of America – Chapter 303 and many, many more!

“A big part of St. Pat’s is for us to be able to give back to local non-profits and keep the tradition alive that started in 1983,” says Renfroe. “We are pleased to be able to donate, on average, $50,000 annually to Midlands charities.”

About St. Pat’s in Five Points

St. Pat’s in Five Points celebrates all things green and Gaelic, welcomes the arrival of spring, and promotes the businesses in the Five Points village. Our festival is also the Midlands’ largest annual street festival and the biggest one-day St. Patrick’s Day celebration in the Southeast!

St. Pat’s in Five Points was established in 1983 by Five Points merchants and other local businessmen to increase the visibility of Five Points businesses when Columbians were leaving town to go to Savannah for their week-long St. Patrick’s Day celebration. Today, the festival is put on and managed by the Five Points Association (FPA) with assistance from a committee formed by individuals within the Columbia community.

The FPA will continue to embrace its marquee event, with a focus on Irish authenticity, diverse band selection and quality special events throughout the day.

About the Five Points Association

As an advocate for the district’s businesses, the Five Points Association strives to guide development and improvements that will enhance the vitality of Five Points. The FPA also works diligently to promote Five Points to Columbia and beyond while cultivating inclusivity internally as a neighborhood. Evident by over 100 years of history, viability and recognition as an iconic locale, the success of Five Points would not be possible without the reciprocating support between the neighboring businesses, support staff, partners and companionship of the City of Columbia and Richland County.

While fostering those relationships, supporting the businesses, and continuously showcasing Five Points and its treasures, the Five Points Association and its Board of Directors continue the beautification, collaboration and development efforts to empower growth, upholding the historic legacy of Columbia’s original village neighborhood. For over 100 years, Five Points has grown, evolved and been an icon in Columbia and beyond! For nearly forty years, the Five Points Association has led remarkable endeavors and continues the legacy of priceless accomplishments.