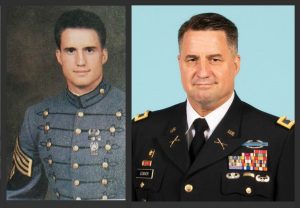 “I want to start by giving my thanks and glory to God,” said Connor, early Tues. morning. “My prayer is for Him to guide me in my decisions on the board guiding The Citadel. I want to also thank my friends and family for their unwavering support during this campaign. And I want to recognize and thank my opponents in this race – U.S. Marine Maj. Gen. Mike Regner and business executive Rod Moseley – for a spirited and collegial campaign for the future of our school. I welcome their advice while I serve on the board.”

Connor added, “To all Citadel graduates, I commit myself to the good of our Alma Mater, and will always welcome your suggestions. God bless The Citadel and Go Dogs!”

Responsible for directing and supervising the historic South Carolina military college, the Board of Visitors is composed of 11 graduates of The Citadel. Of those 11 members, seven are elected by the S.C. General Assembly. Three members are elected by The Citadel Alumni Association (formerly the Association of Citadel Men). And one member is appointed by the S.C. governor.

Voting for Connor’s seat began August 14 and concluded September 18, with approximately 3,500 ballots (primarily online and fewer than 100 paper) cast during the five-week period.

A decorated veteran of the war in Afghanistan, Connor contends that much of what he has learned – and was infused into him – about selflessness, service to others, and sacrifice were the very same virtues he now sees “bearing fruit,” he says, in the experiences of his son, a first year Cadet at the 178-year old college.

According to an article in the Charleston Post & Courier (Jan. 18, 2020), “Connor said he likes the heighten emphasis on academics for first-year students, like his son, who can go through rigorous military-style rites of passage as ‘knobs.’ (Connor said he lost 40 pounds and a lot of sleep as a knob in 1986.)”

Connor added, “Cadets, like my son, have the right to expect their rightful inheritance from The Citadel. The Citadel heritage is both the experience within the culture and the ‘brand’ of The Citadel.”

As a career Army officer, Connor is a former light infantry commander and Ranger training company commander who, among other posts, later served as the senior U.S. military adviser in Helmand Province, Afghanistan. He currently serves as the emergency preparedness liaison officer for S.C. As such, he is the ranking representative of Army North for the Palmetto State.

In addition to his private law practice, Connor serves or has served on numerous boards and advisory councils. He currently serves as chairman of the National Security Task Force, one of 10 mission-specific task forces (subcommittees) which compose the gubernatorially established S.C. Floodwater Commission.

For more information about The Citadel’s Board of Visitors, please visit citadel.edu/root/bov.