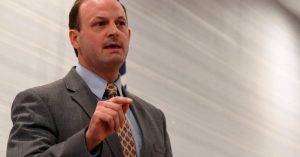 The Head Start Mandate requires all Head Start staff, volunteers working in classrooms or directly with children, and contractors whose activities involve contact with or providing direct services to children and families, to be fully vaccinated for COVID-19 by January 31, 2022. The Head Start Mandate also requires immediate masking by all individuals two years of age or older when indoors, when outdoors during activities that involve close contact with other people, and when there are two or more people in a vehicle owned, leased, or arranged by the Head Start Program.

In his order, Judge Doughty wrote:

“The issue in this case is not whether individuals should take the COVID-19 vaccine, but whether federal agencies can mandate individuals to take a vaccine or be fired. In this Court’s opinion, the Executive branch has declared it has the authority to make laws through Federal agencies. A crossroad has clearly been reached in this country. If the Executive branch is allowed to usurp the power of the Legislative branch to make laws, then this country is no longer a democracy—it is a monarchy.”

Judges have already temporarily blocked vaccine mandates for healthcare workers, for private companies with 100 or more employees, and for federal contractors.

You can read the order here.