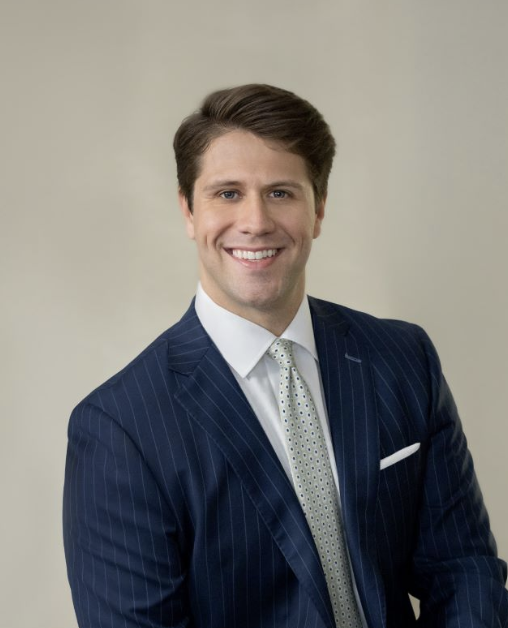 As an undergraduate at USC, Parks was active in student government and served as Student Body President. Following graduation, Parks served as Special Assistant to Governor Henry McMaster for 15 months before enrolling in law school.

While in law school, he served as President of the Student Bar Association, competed on the school’s nationally ranked Mock Trial team, was a member of the John Belton O’Neall Inn of Court, and was awarded the John R. Holland Scholarship for his leadership and commitment to extracurricular activities. Parks also served as a law clerk in the Governor’s Office, the White House Counsel’s Office, and as an intern for the Honorable Dennis W. Shedd on the Fourth Circuit Court of Appeals.

Following graduation, Parks served as a law clerk to the Honorable Terry L. Wooten, Senior U.S. District Judge for the District of South Carolina. As a law clerk, Parks managed both the criminal and civil dockets, handling a wide range of issues for the Court including criminal, civil, employment, and habeas matters.

Parks’ experiences serving in leadership positions, serving the State of South Carolina in the Governor’s Office and serving the United States as a federal judicial law clerk uniquely position him to serve the clients of The Samuels Reynolds Law Firm in their times of greatest need.

According to law partner Jason Reynolds, “Michael is a motivated, high-energy guy that is tireless in his pursuits to help improve the lives of others. His energy, leadership qualities and willingness to do the hard work that it takes to help injured people makes him a perfect fit for our mission. He will be an asset to the firm and a devoted advocate for our clients”.

When he is not working, Michael enjoys spending time with friends and family, playing golf or cheering on the Gamecocks.