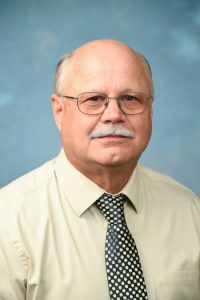 The Berkeley County Legislative Delegation has named Deputy Director Gerald “Jerry” Baxley as the next Director of the Berkeley County Veterans’ Affairs Office. He was also unanimously appointed by County Council on Monday, December 12, 2022. He will assume his role on January 1, 2023.

Baxley’s appointment is the result of current Director Jan Helton’s retirement. Helton served 16 years as VA Director. She started working for Berkeley County in the Clerk of Courts Office in 2001 and transitioned to the VA Office as an Administrative Assistant in 2002. In 2006, she became VA Director.

“My time here at Berkeley County has been filled with the sweetest memories and will forever hold a large portion of my heart. My staff has become like family, along with the veterans we serve. I will greatly miss everyone, but I know the office will be in exceptional hands under Gerald’s direction. He personally knows many of the veterans who come to us and like all who work here, cares deeply for their well-being.” -Jan Helton, Outgoing Director, Berkeley County Veterans’ Affairs

Gerald Baxley served in the United States Air Force for 24 years. He began working at Berkeley County after retiring from military service in 2005. Baxley was hired as the Administrative Clerk to the Director of the Berkeley County Veterans’ Affairs Office and later became the Benefits Counselor. He was appointed Deputy Director in 2015. Baxley holds accreditations from The American Legion, S.C. Department of Veterans’ Affairs, the National Association of County Veterans Affairs Officers, the Disabled American Veterans, and the Veterans of Foreign Wars of the United States.

“I am honored to take this leadership role and fill the big shoes Jan is leaving behind. Helping our veterans is a passion of mine and the passion of our caring team here at Berkeley County Veterans’ Affairs. As a veteran myself, I understand first-hand the needs of our nation’s greatest heroes, and as VA Director will strive each day to continue directing our office to connect each veteran with the proper resources available to them.” -Gerald Baxley, Incoming Director, Berkeley County Veterans’ Affairs

“Berkeley County is home to thousands of veterans that deserve the very best services we can offer.  We are proud that we have one of the best VA offices in the state that has been under the capable leadership of Jan Helton and her team for the last sixteen years. Deputy Director Gerald Baxley has been unanimously appointed by County Council to fill the role as Director with Jan’s retirement. I have every confidence that our VA office will maintain its efficient service and compassionate assistance under Director Baxley’s leadership and team.” -Johnny Cribb, Berkeley County Supervisor