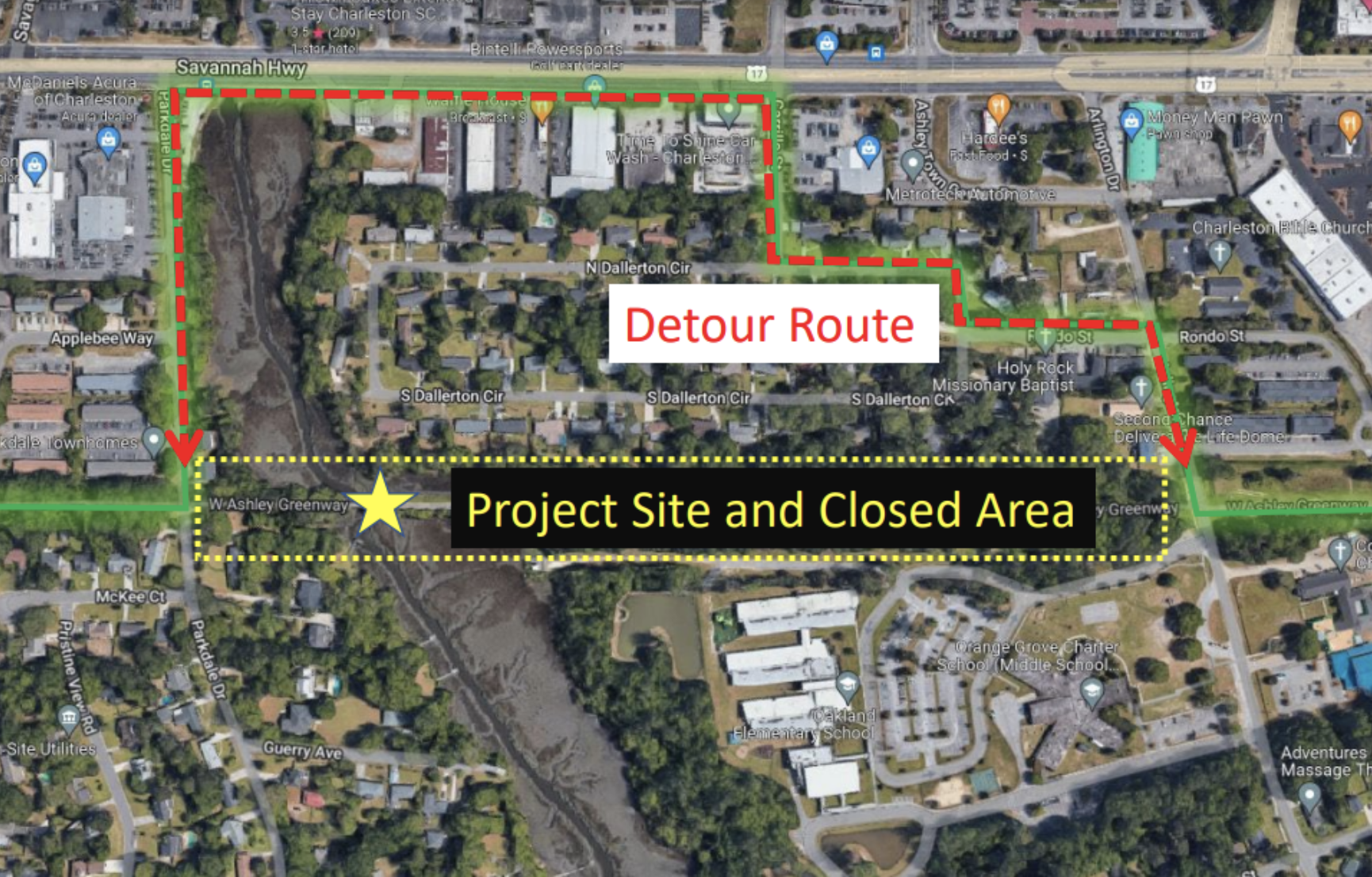 Contractors for the city of Charleston will begin a two-month bridge replacement project on the West Ashley Greenway Monday afternoon. The existing wooden bridge over Long Creek will be replaced with a new eight-foot-wide aluminum bridge.

The Long Creek Bridge is between Arlington Drive and Parkdale Drive. A detour route for those who use the West Ashley Greenway has been set up (map attached).

The replacement project is a direct result of community input provided during the West Ashley Greenway Master Planning effort.

The project will include removing the existing bridge, stabilizing the creek embankment and installing the new bridge.

The city has hired Truluck Construction to do the work. The project cost is $400,000, with $60,000 paid for by Charleston Water System for new supports for the utility pipe adjacent to the bridge.

To learn more about the West Ashley Greenway Plan, go to: https://www.charleston-sc.gov/963/West-Ashley-Greenway-Plan