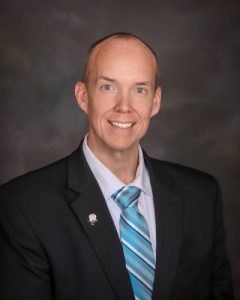 Mauldin City Council appointed Seth Duncan to serve as the city administrator during its September 14, 2022 meeting. Duncan will take over the responsibilities from Rebecca Vance, who has been serving as interim city administrator. Duncan has experience with several other towns throughout the state and will be responsible for performing high-level administrative work under the direction of the City Council and exercising supervision over municipal employees. He will begin with the City on November 28, 2022.

“I am proud to welcome Seth to the City of Mauldin as our newest team leader as our city administrator,” said City of Mauldin Mayor Terry Merritt. “He brings more than a decade of experience as a public manager and his expressed desire in seeking to establish and maintain trust with our Council, staff, business leaders and citizens should serve us well in strengthening our community.”

Duncan comes to the City with over a decade of experience as a public manager across the state. In his most recent role, he served as city manager for the City of York (S.C.) where he led the day-to-day management of the City which included eight departments, more than 100 full-time employees and a budget of more than $15 million. Additionally, he has worked for the Town of Batesburg-Leesville (S.C.) as the assistant town manager where he worked alongside local businesses and residents to promote economic development, address aging infrastructure and build a strong community.

“Aside from being widely respected by his peers, Seth has been successful in cities like York, South Carolina that are experiencing tremendous growth largely due to their locations,” said Economic Planning and Development Chair Taft Matney. “He has been able to help those cities adapt and evolve with that growth and I look forward to him bringing his knowledge and experience to Mauldin as we continue to develop the City into the Mauldin we know it can be.”

“I’m excited to join a great team of professionals dedicated to serving the citizens and businesses of Mauldin,” said Duncan. “It’s an honor to be entrusted by Mayor Merritt and the City Council to fulfill their vision and continue to propel the community forward. As a former resident of the City, my family and I are looking forward to calling Mauldin home again.”

“I am excited for our City as we bring Seth to Mauldin as our city administrator. He has the work experience, leadership skills and vision to lead our City now and into the future. I welcome Seth and his family to Mauldin and look forward to working with him as we continue to work towards achieving our goals as well as providing core services to our residents in a professional manner,” added Public Safety Committee Chairperson Carol King.

ABOUT THE CITY OF MAULDIN

The City of Mauldin is located in the Upstate of South Carolina and in the heart of Greenville County. It is the 20th largest city in South Carolina out of 270 municipalities and one of the fastest -growing cities in the state. Mauldin was first chartered in 1890 and has grown to a population of more than 25,000. More information about the City of Mauldin can be found online at cityofmauldin.org.