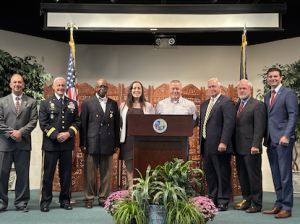 The rain moved the City of Clinton Veterans Day program inside but didn’t stop people from coming out to show their support for local Veterans.

It’s often said that military life is a family business. Those who have served, and their families, know this to be true.  This was a theme of the messages delivered during the program which was held in the Cunningham Center at Broad Street United Methodist Church in Clinton.

The 2nd Battalion 263rd Air Defense Artillery provided the posting and retiring of the colors.

After brief remarks from Mayor McLean, Senator Danny Verdin addressed the audience speaking of the magnitude of the sacrifice of all who serve.  Following Verdin’s remarks Mayor Mclean introduced the keynote speaker, Brigadier General Robin Stilwell.

Stilwell delivered an inspiring message of thanks to all Veterans with an emphasis on the sacrifices they and their families endure during a career in the military.

Following Stilwell’s remarks, South Carolina District 42 Rep. Doug Gilliam, himself a Veteran provided brief remarks and then recognized three Clinton Veterans and presented them with Flags flown over the State House and a certificate. 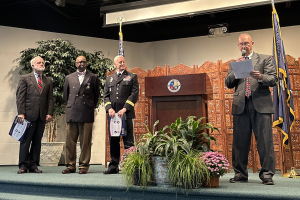 Costello Little, Jr. was drafted into the US Army in November 1965  in March of 1966 Costell had orders to go to Viet-Nam.  He was assigned to the First Infantry Division, The Big Red One 1st Squadron 4th Calvary.

June 30, 1966, Costell had his first real encounter with a real North Vietnamese soldier, and again July 9, 1966, the last and most violent battle, as well as the greatest VC defeat at that time, was on the road from AN Loc to Minh Thanh Road in Binh Long Province, 70 miles north of Saigon.  The enemy force was battle-tested the 272d Main Force Regiment, the elite regiment of the 9th VC Division.  In this battle Costell was seriously wounded.  He stayed in the Saigon Hospital for 26 days, one day after returning to his unit he was in the Jungle again. He was injured again August 25th from a land mine.

Costell served in two wars the Viet-Nam War and the first Gulf War; he retired after a 20-year military career with numerous medals and decorations including: 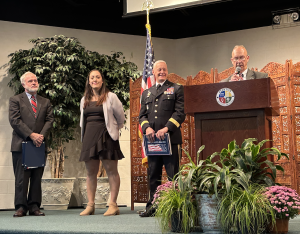 Shelby Bruce graduated high school in 2010 and one month later went to Great Lakes, Illinois for Navy Boot Camp. After graduating RTC (boot camp) in September 2010, she was stationed in Pensacola, Florida for Aviation ordinance “A school,” where she met her husband, Curtis, and then her final duty station at NAS Whidbey Island, Washington where she completed “C School” and was attached to “VP–1” which is a P–3 squadron. P3 Orion’s are large planes that are too big to land on top of an aircraft carrier, so the team working on them is land based. Shelby was deployed to Misawa, Japan where she worked for 5 months before being sent home for heart surgery that would ultimately lead to her being honorably discharged from the United States Navy.

Shelby was recognized for her service to our country and received the following medals and distinctions:

She and Curtis (who served 3 years attached to the John C Stennis aircraft carrier) moved from Florida to Clinton in October of 2020 with a desire to raise a family in a small-town environment. In July of this year, Shelby opened a consignment boutique “Tipsy Gypsy” in downtown Clinton. 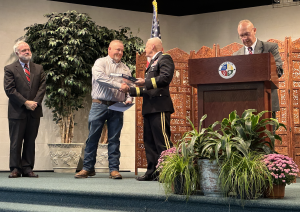 Most of his time was spent abroad on various deployments including various Peace keeping missions.  On September 11, 2001, Andy was in Greece. His unit was deployed immediately to respond to the attacks on America while on his last MEU SOC (Marine expeditionary Unit Special Operations Capable).

His last duty was as a recruiter where he was assigned to Marine Corps recruiting Station in Columbia and his primary area was recruiting substation in Spartanburg.  Andy was honorably discharged at the rank of Sergeant.

Throughout his military career he acquired numerous medals and decorations including:

Andy is married to another Clinton native Kristen Ellis Howard, and they have Twins Abby and Caleb. Andy has a Bachelor of Science degree in Parks & Recreation with an emphasis on Tourism which makes him a natural for his position as the Director of Laurens County Parks and Recreation, a position. He has worked for the county for 15 years and as the director of parks and recreation for 13 years.

Andy currently serves as Chairman for Laurens Academy Board and actively serves in his church, Bellview Baptist. He is a Founding member of the Laurens County Trails Association.

Bob McLean closed the program with a quote from John F. Kennedy who said, “As we express our gratitude, we must never forget that the highest appreciation is not to utter words, but to live by them.”

Click on the images to view photos from the event. 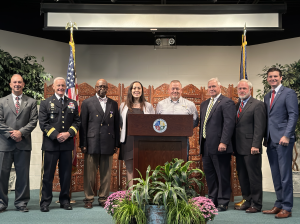 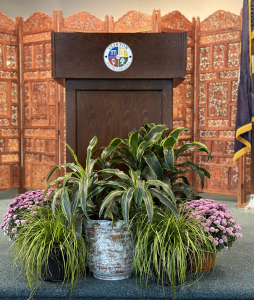 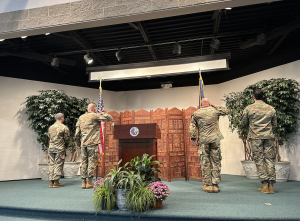 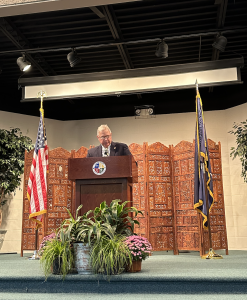 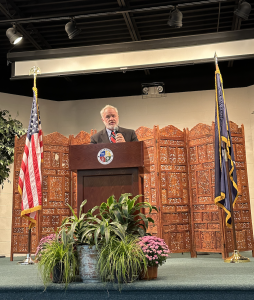 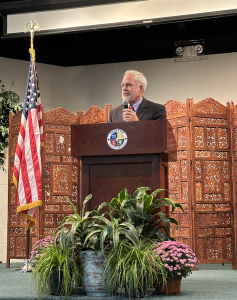 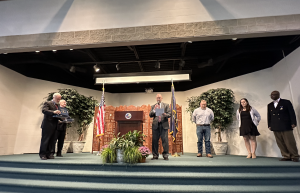 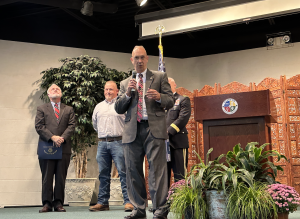 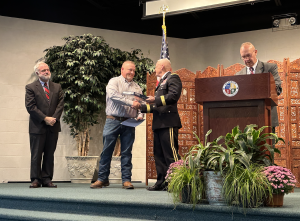 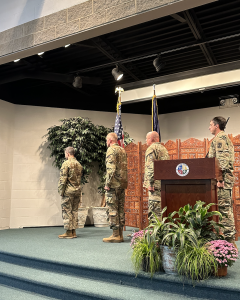