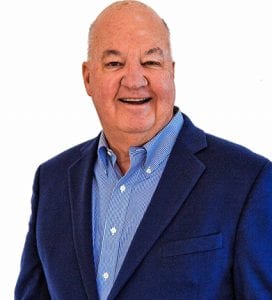 All across America, college athletic administrators are struggling with two major issues:

Firstly, how to keep their student-athletes, coaches, support staff, students and fans safe if we can open the college season on-schedule this fall?

Secondly, how to pay for their programs with the significant loss of income from several entities?

I am not sure how to keep people safe if there are no full-proof treatments or a new vaccine for the virus, but I do know it will certainly cost more money than athletics has budgeted.

The second problem will last even longer than the first and that’s how athletic departments will fund their operations both short-term and long-term. They’ve already lost a large portion of what they expected and projected from March Madness revenue shares and spring sports revenues, ad more losses are on the horizon.   Let’s look at where funding has traditionally come from and where there’s trouble ahead.

For major colleges, the largest revenue stream has come from television rights fees paid by the major networks like ESPN, Fox, CBS and Turner Broadcasting (specifically paid to the NCAA for rights to March Madness).  All of these networks have suffered with losses from both their normal revenues like advertising and from their parent holding companies.  No one has greater and more rights than ESPN whose parent company, Disney has suffered most with the closing of their theme parks, hotels, and cruise lines, along with the movie theatres who rent their first run motion pictures.  Look for a possible renegotiation of current rights fees for the Power Five Conferences and the possible elimination of fees paid to the smaller conferences.

For the smaller schools in Division I, II and III, plus all NAIA and Junior College schools, the most important revenue stream comes from state taxes.  With all of our states hovering at or near bankruptcy at worse or at least a significant loss of taxable income from both sales and income taxes, don’t look for the states to be able to fund college sports any time soon.

Another direct revenue source are the student activity fees paid by each student each semester.  It appears that many students may not be able to return to campus because of either or both safety concerns and/or financial issues (since both they and their parents have lost jobs, income and investment funds) and won’t be there to pay these student activity fees.  Many students have gotten used to the ease of taking classes on-line and may choose to continue their education on-line.  On-line students rarely have to pay these student activities.

Most big-time schools also depend on the guarantees they have received from third party agencies who have bought and paid for the intellectual property and media and assets rights directly from the schools.  Many of these agencies are suffering with reduced sponsorship funds and slow to no payments by these corporate sponsors and advertisers and will have to attempt to re-negotiate their existing contracts with the schools. One leading agency, Learfield IMG is rumored to be planning to use act of God “force majeure” language to void multiple schools’ rights fees.

Finally, there’s the funds paid directly by fans.  Donations will be reduced, and games ticket sales will be less than before.  Fewer fans will result in less profits from parking and concessions. Less disposable income will lead to fewer licensed products guarantees and sales.

In other words, all of these revenue streams will decline. And, that means schools may have to cut sports, cut staff, cut salaries and cut travel expenses.  Already we are seeing discussions about smaller conferences banding together to create more geographically beneficial opportunities to reduce travel costs for most sports.

So, with all of this bad financial news, what should schools do?

Trying times call for new ways to do things and this crisis could and should lead to changes that will ensure college athletics remains successful for years to come.