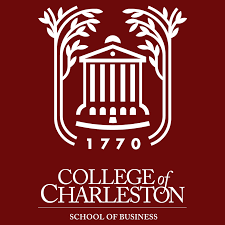 Pitch competitions can be nerve-racking, especially when you’re pitching to an audience of over 200 people with judges watching intently and cash prizes on the line. That’s part of why it’s so impressive that five student teams from the College of Charleston made it to the semi-final round of SC Innovates 2022 – a statewide pitch competition. Out of 76 entries, five CofC teams were among the final 15. And in the end, Cougar teams placed fourth and fifth, with another team earning an Honorable Mention.

This annual event, which took place on Nov. 16, 2022, tasks students across the Palmetto State with developing solutions to some of the world’s most challenging problems. It draws entries from up to 16 universities, including undergraduate and graduate schools.

According to David Wyman, who directs the College’s Center for Entrepreneurship, this is “a big deal. Having five teams place in the top 15 with 14 other universities competing is a tribute to the exceptional entrepreneurial zeal of our students.” He added that all of the CofC teams were interdisciplinary with each one including at least one major from outside the School of Business.

Bo Dwyer, Nicholas Bove and Maxwell Vittorio, all first-year Honors College students, won fourth place and $1,000 in the contest, with their pitch of Sail Shade. Their concept utilizes repurposed sails that are ordinarily thrown away by the owners of racing sailboats to create umbrellas.

This proposal is an app that pairs interested parties with volunteer opportunities in their community. The app aligns the individual’s interests and talents with community needs. It also has a social function that enables users to communicate with each other.

First-year students Cassie Cleary, Catherine Linden and Caroline Twite, all enrolled in the Honors College, won an Honorable Mention and $500 for their pitch of Baby Beep, a device with an alarm system that prevents an infant from being left unattended in a car seat.

In addition, two other CofC teams that made it to the final 15, including For the Record (Lily Kirkland, Katie Horton and Will Dalton), and Clarifill (Revs Revels, Katerina Gibson and David Byrd), each won $100.