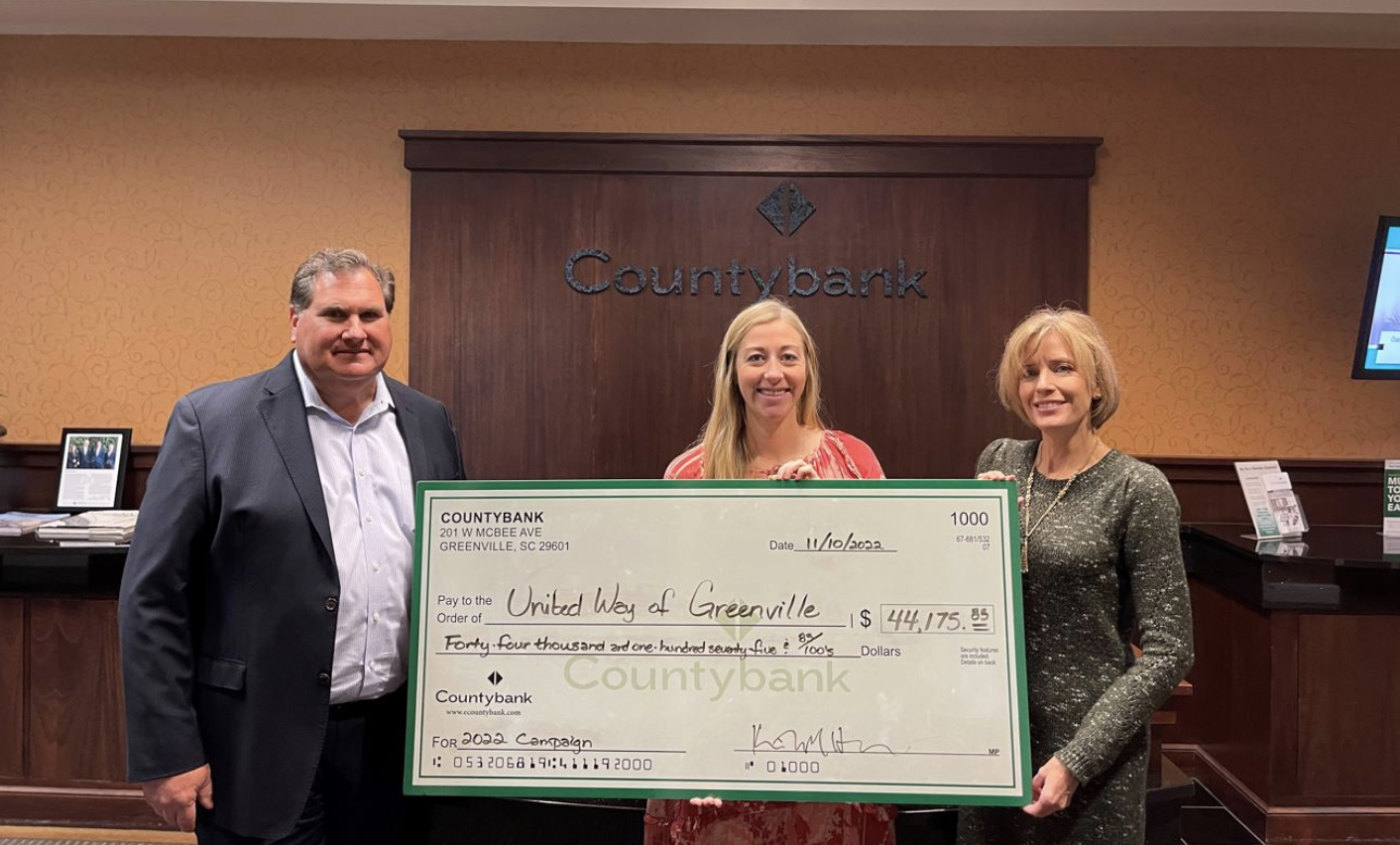 Countybank and Greenwood Capital donated $78,916.35 as part of their annual Pacesetter Campaign, which was then distributed to the local United Way organizations in the Greenwood, Greenville/Greer, and Anderson communities. Associates made personal pledge donations totaling $55,526.35 as part of the employee campaign, plus an additional $3,390 as part of the organization’s monthly Casual for a Cause fundraiser. The Countybank Foundation provided an additional campaign contribution of $20,000.

“Countybank and Greenwood Capital’s annual Pacesetter Campaign is our company-wide efforts to give back and is centered around our mission To Serve Our Communities,” said R. Thornwell Dunlap III, President and CEO of Countybank. “It gives both our organization and associates an opportunity to make noticeable, positive impact in our local communities.”

“I have the honor of working with both Greenwood Capital and the United Way of the Lakelands,” said Cooper, who also serves as Chairman of the Board of Directors for the United Way of the Lakelands. “I am proud to say both organizations share the same deep-seated commitment to making our communities a better place to live and work. I’m proud of their joint efforts and look forward to many years of successful collaboration.”

United Way of the Lakelands, United Way of Greenville County, and United Way of Anderson County all serve their respective communities and fundraise through employee campaigns, grant funding, and corporate and private donations. They provide struggling families with financial assistance and support programs that address food insecurity, childhood literacy and healthcare access.

Those interested in learning more about United Way, including how to get involved, may visit unitedway.org.