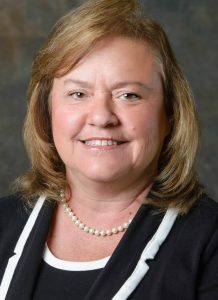 Gail Hughes, chair of the Dorchester School District Two’s (DSD2) Board of Trustees, was installed as president of the South Carolina School Boards Association’s (SCSBA) Board of Directors during Delegate Assembly, SCSBA’s annual business meeting, held Saturday, Dec. 3, in Charleston.

The assembly is part of the association’s Legislative Advocacy Conference each year, which serves as the precursor to the upcoming legislative session.

Hughes joins seven others elected to the SCSBA board by delegates hailing from the state’s 73 school boards.

In addition to the election of officers, delegates adopted resolutions to guide the association during the 2023 legislative session and approved proposed changes to the SCSBA Constitution and Bylaws.

Hughes was elected to the DSD2 Board of Trustees in 2006, serving as chair and previously as secretary. She earned her SCSBA Boardmanship Institute Level 6 Certificate, the highest level of recognition awarded by the SCSBA and is an active member of the legislative network.

Hughes has served as the president-elect of the Knightsville Kiwanis Club. She served on the board of a traveling baseball organization and has coached various youth sports. She currently serves on the Summerville Mayor’s Committee for people with differing abilities. Hughes also serves on the board of directors for the Cultural Arts Center for the Tri-County Area.

The South Carolina School Boards Association is a non-profit organization serving as a source of information and as a statewide voice for boards governing the state’s 73 school districts.