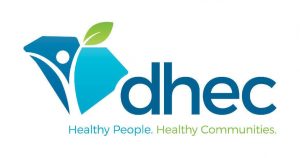 The South Carolina Department of Health and Environmental Control (DHEC) continues to work with state and federal leaders to address the negative impact the New Indy Containerboard facility in Catawba is having on the wellbeing of the people who live in the area.

To more quickly mitigate the odor issues stemming from operations at New Indy, DHEC is urging the U.S. Environmental Protection Agency (EPA) and U.S. Department of Justice (DOJ) to expedite the process of determining whether it will proceed with a Consent Decree with New Indy. A proposed Consent Decree was filed on Dec. 30, 2021, and the public comment period ended on March 11, 2022. Once EPA makes its determination, DHEC will issue an enforcement order to the facility ― an order that could take stronger actions that go beyond the measures of any federal Decree.

“We value the important relationship we’ve built with the EPA after decades of working together on key environmental issues in our state, and we’ll continue to maintain that essential cooperation in the future, but right now South Carolinians deserve expedient, effective action in regard to New Indy,” said Dr. Edward Simmer, DHEC Director. “For too long, residents of North and South Carolina who live near the facility have been enduring undesirable levels of odors that are impacting their quality of lives. It is imperative that a decisive action be taken to end the harm being done to the community.”

DHEC first began receiving complaints from residents in York and Lancaster counties and bordering areas of North Carolina in January 2021.  The agency quickly implemented an investigation with the assistance of EPA that identified New Indy as a significant contributor to the odors and, since then, the agency has taken extensive efforts to require the facility to alter operations and mitigate the odors. These efforts include an Order to Correct Undesirable Levels of Air Contaminants issued by DHEC on May 7, 2021. This order remains outstanding and will ultimately be replaced by an enforcement order that will assure the sources of the undesirable levels of air contaminants are identified and New Indy reduces its emissions that are impacting the surrounding communities.

As expressed in the comments DHEC submitted to the EPA during the public comment period of the proposed Consent Decree, progress has been made on reducing and minimizing emissions from the facility. However, more action is needed. It is important that the final EPA Consent Decree and the final DHEC enforcement order include explicit maintenance, operation, and anti-backsliding requirements. DHEC will continue to fully utilize its authority pursuant to the S.C. Pollution Control Act to ensure all necessary corrective action is required of New Indy. This would include measures set forth in the proposed EPA Consent Decree but may also include any necessary measures identified by DHEC that are not included in the proposed EPA Consent Decree.

DHEC has investigated potential risks to groundwater and the nearby Catawba River posed by the facility and has not identified any concerns. Both the EPA and DHEC remain committed to holding New Indy accountable for any violations of law. While the agency’s focus at this time is on requiring any necessary corrective action to mitigate odors, DHEC will work collaboratively with EPA to investigate potential violations of the Clean Air Act and other environmental laws. DHEC is close to resolving its enforcement action against New Indy for violations related to its wastewater system. DHEC is urging EPA to expedite their determination of New Indy’s compliance with the Clean Air Act.