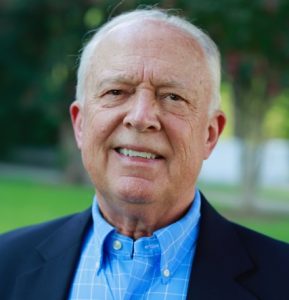 Government procurement cards, known as p-cards, are intended to streamline routine purchases such as for office supplies and small dollar items.  Functioning like credit cards and used by thousands of state and local government employees across South Carolina, they’re designed to make small expenditures more efficient often by eliminating the need for purchase orders, thus reducing the time and cost involved in processing paperwork or writing individual checks for small amounts to vendors that accept p-cards

P-cards are certainly convenient. But they’re also ripe for abuse.

As Charleston’s Post and Courier reported recently, a former procurement manager for Richland School District One is under investigation for allegedly misspending some $40,000 in public finds, some of it using his p-card. That’s just the most recent in a string of apparent abuses within local governments that have made the news in recent years.

In 2020, a Richland County Councilwoman was indicted on public corruption charges for using her county charge card for trips and personal items. A former Midlands prosecutor and one of his top aides were sentenced in 2019 for using their p-cards for personal luxury items; the former prosecutor served a year in prison and was disbarred, while the aide received a three-year probation sentence. In 2017, an employee of Charleston County’s Emergency Management Department was charged with embezzlement after allegedly using her card to spend nearly $25,000 on personal items.

And for every criminal case involving p-cards, there are countless reports of the cards being inadvertently misused or used for purchases that appear to be frivolous.

Unfortunately, the thing that makes them so convenient – allowing widespread use of p-cards to make small purchases without involving an entity’s customary procurement staff   – is often what makes self-dealing and careless spending so tempting. Add the fact that town, city, county and school district governments often have insufficient oversight and internal controls in place over their p-card purchases, and it’s a recipe for trouble. Local government officials need to step back and reassess whether they’re doing enough to prevent problems, and consider the following steps:

When it comes to public dollars, we shouldn’t tempt fate. Local government leaders must make sure their policies governing p-card use are stringent, clearly communicated, and followed to the letter.