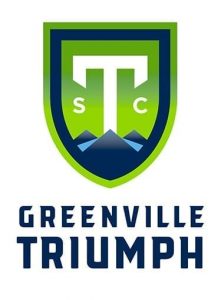 The Greenville Triumph SC is strengthening the organization in advance of another successful year, both on and off the field, by promoting front office staff members Megan Kolak, Ryan McKie and Marcus Siler.

The Triumph promoted Kolak to Senior Vice President. She previously served as Vice President of Partnership Marketing and Community Relations. With the promotion, Kolak will take on a senior executive role with the club’s new women’s team in addition to her current duties overseeing partnership fulfillment, community relations and game day operations.

The Triumph elevated McKie’s position as High-Performance Coach to a full-time role. McKie has been with Greenville Triumph since 2019 and will take on additional duties with the W League team and youth initiatives. A native of Simpsonville, he also is co-owner of Knight Performance Factory in Greenville.

The Triumph promoted Siler to Director of Soccer Operations. He previously served as Soccer Operations Manager. He will oversee additional logistical and operational opportunities on the technical side, as well as with Greenville Triumph youth soccer initiatives.

The Greenville Triumph is set to begin its fourth season in the USL League this upcoming April, with the club’s new W League team kicking off its inaugural season in May. Tickets can be purchased by visiting https://www.greenvilletriumph.com/tickets.