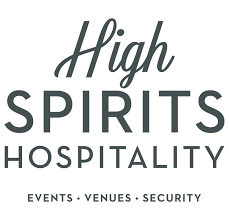 Liquid Catering was established in 2011, and was met with success and the opportunity to expand rapidly. In 2013, Old Cigar Warehouse was restored and opened as an event venue, and in 2014, security company Bravo1 Protection was formed. High Spirits Events was launched in 2017, and has produced events such as Tacos ‘n Tequila Fiesta and Hog & Barrel: A Bourbon, BBQ & Bacon Festival. That same year, High Spirits Hospitality was behind the opening of Topside Pool Club, a rooftop social club overlooking Falls Park. Events at Judson Mill was announced in 2021 as the High Spirits team’s latest venture.

Earlier this year, High Spirits Hospitality was named Greenville Chamber’s Small Business of the Year. Last year, High Spirits Hospitality was named to the SC Biz News Roaring Twenties list, which recognizes the fastest growing companies in South Carolina. In addition, Tammy Johnson, the company’s CEO and President, has also been named one of the 50 Most Influential by Greenville Business Magazine.

“The last two years have been especially difficult on the hospitality industry, and I couldn’t be prouder of the work done by our team to meet those challenges,” Johnson said.

High Spirits Hospitality is the parent company to Liquid Catering, Events at Judson Mill, The Old Cigar Warehouse, Bravo1 Protection, and High Spirits Events – as well as the lead operation for Topside Pool Club in downtown Greenville. What started as a small bartending service has now grown into a company with 30 full-time employees, over 100 part-time employees, and a single vision of providing exceptional, hospitality-driven service to each and every guest. Learn more at www.highspiritshospitality.com.