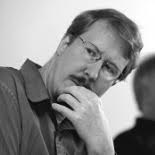 Since founding X-Plane in 1995, a flight simulator that allows pilots to practice without getting in a plane, my work has always been focused on increasing safety and making the skies more accessible. I never intentionally interacted or thought much about the patent system—I was building my tech and there was no role for patents in the mix. But then I received a meritless lawsuit from a “patent troll” hiding behind a shell company in Texas, a venue I had no connection to. Patent trolls, often funded by litigation financiers seeking a quick profit, do not create anything, but instead purchase broad patents and use them to get large settlements or paydays in court at the expense of people like me. This month, myself and other small business founders participated in Patent Quality Week, to help expose the threat that low-quality patents pose for American innovators and bring attention to the bad actors that use them.

Patent law is not something most Americans regularly think about, and you might assume that all patents are about new technology. In fact, the opposite is too often true — low-quality patents and abusive lawsuits can have a huge blockading effect on innovation. When low-quality patents are in the wrong hands they can be used to extort businesses that have done nothing wrong, and create barriers to innovation, competition, and access.

Patent trolls were just a nebulous term to me until I was sued for patent infringement by a troll named Uniloc. Uniloc had nothing to do with the creation of X-Plane. In the lawsuit, Uniloc claimed that they owned the idea of a computer checking another computer to unlock software—something that was common years before the patent was filed. Uniloc was using a broad, low-quality patent to file serial lawsuits against productive businesses that contributed to our economy and developed new technologies.

While going through the years of stress and hundreds of thousands of dollars in fees that are associated with defending yourself in court, I made a documentary called “The Patent Scam,” which exposed loopholes in our patent system. Once you see the patent system  through the eyes of American entrepreneurs like Peter Braxton, who had the idea for a new app but was sued by a troll claiming he infringed on a patent for a “method and system of for reserving future purchases of goods and services,” you realize that you don’t need a law degree to see the problems in the system. Similarly, John Oliver was able to lay out in simple terms the ways in which our patent system is too often abused.

Traveling the country, I quickly realized that no business, large or small, is safe from low-quality patents being used as weapons against them. Patent trolls are able to target hundreds or thousands of businesses with identical demands because it costs next to nothing to send demand letters and file infringement claims. On the other hand, small businesses often do not have the resources to defend themselves and are forced to settle – preventing growth or even destroying them entirely.

Small businesses are suffering the consequences of a broken patent system. Abusive infringement claims involving low-quality patents force businesses to focus their resources on litigation and settlements; resources that could otherwise go toward research and development, increasing production, or hiring additional staff. I participated in Patent Quality Week because it is crucial that our patent system encourages innovation instead of being a barrier to it. Our lawmakers must prioritize patent reform so that it can work for our Main Street businesses instead of hedge fund-backed patent trolls.

Austin Meyer is the founder of X-Plane and the producer of “The Patent Scam”.