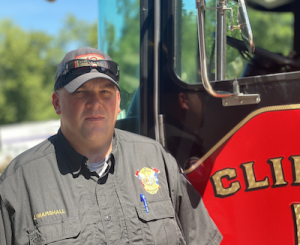 Many little boys grow up dreaming to be a firefighter.  Chief Jeremy Marshall is living that dream.

After serving as Interim Chief since November 2021, Marshall was promoted to Clinton Fire Chief on July 1.

The Buzz recently sat down with Chief Marshall to get to know him and introduce him to others. The Chief’s passion for serving others and desire to lead Clinton Fire to new levels was obvious.

Chief Marshall has sixteen years of experience overall. He started in 2006 in Due West as a volunteer while attending Erskine College.  He graduated from Erskine College with a degree in Business Administration. After enjoying his experience as volunteer firefighter, he applied to several stations for full time positions.

In 2009 he came to Clinton and that is the start of his story here.

With many years of experience at various ranks in the department Chief Marshall truly understands the impact that a strong department can make in a community.

“There have been quite a few Fire Chiefs passing through this station since it was built in 1970,” said Chief Marshall.  “I think about the impact they have had and hope to serve the department and City of Clinton to the best of my ability.”

People think that when firefighters are busy someone is having a bad day but that is not necessarily true. Chief Marshall explained that there is a lot more to being a firefighter than fighting fires.  When buildings are being built and the economy is growing the fire department is very involved in planning and code enforcement. Another important aspect of their work is emergency preparedness.

“The better we are as a fire department the better the community is as a whole,” said Chief Marshall. “We help on the front end with code enforcement, building planning and then on the other side we provide emergency preparedness and emergency services.”

What is the hardest thing about being a fireman? 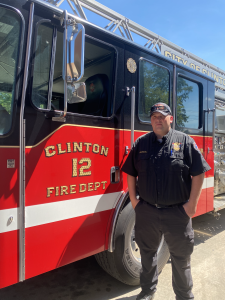 “The unknown. What are we going to run into today that is a first, something we have never seen before, said Chief Marshall. “And we have those days, something new is always coming up and we have to be prepared for it. We are constantly training and creating exercises to improve our ability to respond to situations that we hope will never happen – active shooter, a building collapse and more.”

“Ensuring that the team has what they need to do their job and that they feel fulfilled in the work they do is very important to me,” said Chief Marshall. “If one person here is having a bad day, we all are and that can’t happen in the work that we do.”

His leadership style of leading from behind (a classic model used by many successful leaders) allows the entire department to step up and be the best they can be in their job.  When arriving on the scene of a fire, Chief Marshall says he communicates with the incident commander and offers his assistance.  “I will do anything they need me to do and leading from behind often means sometimes playing a supporting role,” said Chief Marshall. He’s just as comfortable working alongside them as he is leading the department.

When asked about the biggest challenges facing the fire department right now, Chief Marshall replied, “planning for city growth and ensuring that we continue to staff the department to meet the needs of the city and the county area we serve.”

The City of Clinton Fire Department service area is 73 square miles and at the current rate of service calls, they are poised to break 1300 calls in a calendar year. This would be the most in one year in the history of the department. To the average person this may not seem like many calls between two stations, but it is extremely high compared to departments in Greenville County that may average 3,000 -5,000 some with as many as five stations.

When asked about his goals as Fire Chief his passion for his team shined through.

“My goal is to move this department to the next level. Twenty years ago we were known for having a waiting list to work here.  I want to be back to the waiting list days with a great place to work and a team that works well together to keep the city safe,” said Chief Marshall. “We have a great team now and we are well on our way to achieving this goal. I want Clinton Fire to be a great place to work where the department team loves coming to work.”

Congrats on the promotion, Chief Marshall and thank you for your service to the department, the City of Clinton, and the people you serve. 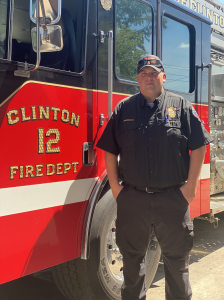 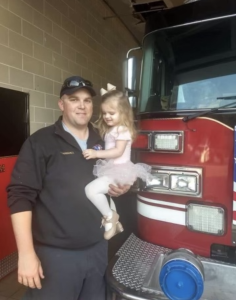 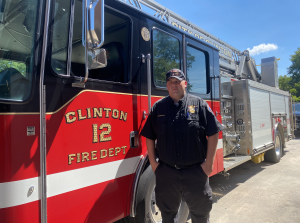 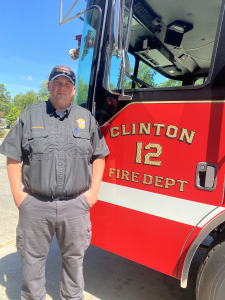 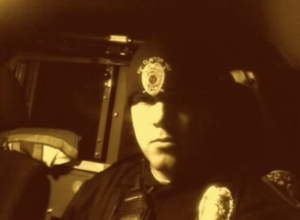 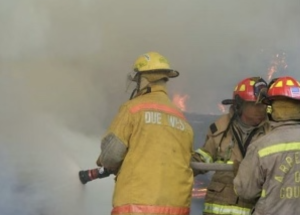 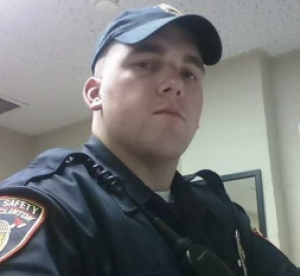 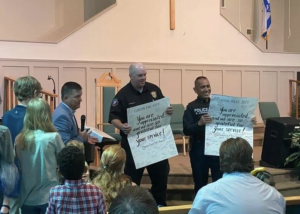 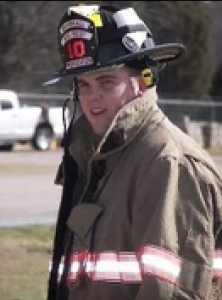