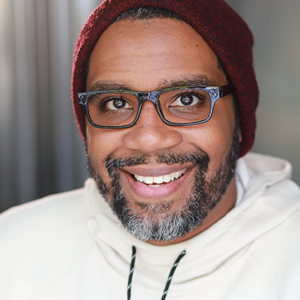 Program changes reinforce the arts’ influence in the creative economy

The SCAC Board of Directors approved four artists who exhibit hard work, exceptional ability, and dedication to their discipline for the agency’s first $10,000 fellowships. The artists receiving awards in FY23 are:

Awards were $5,000 for most of the program’s history before increased funding for the SCAC allowed a jump to $8,500 in the previous fiscal year. The new $10,000 awards are a program high.

“Artistic excellence of the caliber these artists demonstrate should be rewarded. Each of the four are deserving of the financial benefit and prestige that comes with a fellowship. The South Carolina Arts Commission is excited to support their creative pursuits, and we cannot wait to see what comes next from them,” SCAC Executive Director David Platts said.

Michael Smallwood is an actor, writer, director, and teacher. He is originally from Baltimore, Maryland, but currently resides in Charleston. A College of Charleston alumnus, Smallwood has also studied theatre, acting, and writing at the Kennedy Center in Washington and Horizon Theatre Company in Atlanta. He is a core ensemble member of PURE Theatre in Charleston, having joined in 2011. His theatre credits include The Agitators, The Royale, Marie Antoinette, and The Elaborate Entrance of Chad Deity, among many others. He is a two-time KCACTF award-winning playwright. His screenplays and short films have won awards from GenreBlast Film Festival, Crimson Screen Horror Film Festival, and many others. His film/television credits include the Emmy-winning CBS series “The Inspectors,” the Netflix original movie Naked, HBO’s The Righteous Gemstones and Halloween Kills (2021). He is also arts editor for the Charleston City Paper and host of the podcast “Welcome to Greendale.”

“The fellowship program is one of the arts commission’s signature programs. It directly impacts artist development, one of the agency’s three core functions,” SCAC Deputy Director Ce Scott-Fitts said. “Increasing the award makes the program more prestigious, but better serves the recipients. They receive financial resources so that they may focus on developing and creating art.”

Last autumn, artists residing in South Carolina full-time were invited to apply for fellowships in the four disciplines represented in the current cycle. Out-of-state panelists who work in those disciplines were recruited to review applications and make recommendations to the SCAC board of directors. Applicants are not anonymous, and panelists consider work samples, artistic merit, achievements, and commitment to the discipline in which artists apply. Artists may apply in multiple categories with separate applications.

Further changes to the program include the addition of more modern, inclusive categories that increase accessibility to the awards’ benefits. The categories, being phased in over the course of four years, include:

“Adding disciplines allows for more inclusion while demonstrating how many aspects of the creative economy are touched by the arts,” Scott-Fitts said.

The SCAC awards four fellowships per year to artists working in rotating disciplines. One artist from each of these fields: visual art, craft, time-based art (installation, sound, experimental film, video art, computer-generated art, and technology or performance art) and music composition will be honored in fiscal year 2024. To be eligible, artists must be at least 18 years old and a legal U.S. resident with permanent residence in the state for two years prior to the application date and throughout the fellowship period. Applications will be accepted later this summer following announcement by the SCAC. For more on discipline rotation, eligibility requirements, and the application process, please visit https://www.southcarolinaarts.com/grant/fel/.

About the Three Other FY23 Individual Artist Fellowship Recipients 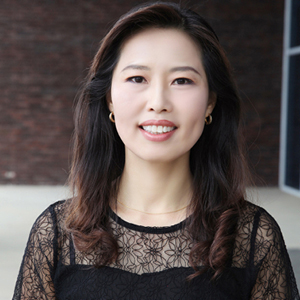 Dr. Eunjung Choi, a native of Seoul, South Korea, currently serves as associate professor of piano and coordinator of keyboard studies at Claflin University in Orangeburg, teaching applied piano, class piano, piano pedagogy and literature, and music appreciation. Dr. Choi has presented numerous performances, lectures, and workshops to international, national, and regional music audiences in the U.S. and South Korea. Her articles have been published in major national and international journals. Choi earned a Bachelor of Music degree from Dongduk Women’s University in Seoul, Master of Music from Ball State University, Doctor of Musical Arts from the University of South Carolina, and completed a management development program at the Harvard University Graduate School of Education. 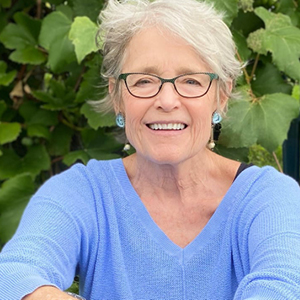 Native South Carolinian Rebecca T. Godwin has published two novels, Keeper of the House (St. Martin’s, 1994) and Private Parts (Longstreet, 1992). Her stories and essays have appeared in The Paris Review, Oxford American’s Best of the South issue, The Sun, Epoch, South Carolina Review, and elsewhere, and she has received MacDowell and National Endowment for the Arts fellowships. One of Godwin’s first stories won the South Carolina Fiction Project and was included in the anthology, Inheritance (Hub City Press, 2001). For 13 years she taught literature and writing at Bennington College, during which time she conceived and was faculty editor for plain china, an online journal showcasing undergraduate writing from around the country. She has served as judge for the S.C. Fiction Project and as screening judge for the Drue Heinz Prize and The Atlantic’s Student Writing prizes. Godwin earned a bachelor’s from Coastal Carolina University and a master’s from Middlebury College’s Bread Loaf School of English. She is currently at work on two novels and a story collection. 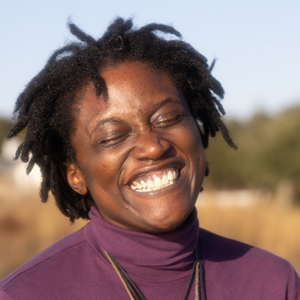 Marlanda Dekine (they/she) is a poet, a voice, and a presence. Their collection of poems, Thresh & Hold, won the 2021 New Southern Voices Poetry Prize at Hub City Press. Dekine is the creator of i am from a punch & a kiss, a multimedia book/mixtape project, and the founder of Speaking Down Barriers, a nonprofit working towards equity and justice. They are a Castle of Our Skins’ Shirley Graham Du Bois Creative-in-Residence, a Palm Beach Poetry Festival Langston Hughes Fellow, Tin House Own Path Scholar, Emrys Keller Cushing Freeman Scholar, Watering Hole Fellow, and the recipient of many awards, including the SC Humanities Fresh Voice Award and Say What! Queen of the South. Their work has been published in Root Work Journal, Oxford American, POETRY Magazine, Emergence Magazine, Southern Humanities Review, and elsewhere. Currently, Dekine serves as Healing Justice Fellow with Gender Benders, a transgender advocacy group in the South, and as a guest poet with the composer/performer collective, counter)induction.