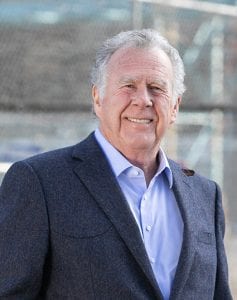 I know how it feels to have been dealt a bad hand and face economic hardships: I was raised in Salem, South Carolina, in an abusive, low-income rural environment, in a sharecropper cabin, in fact. I care about helping people and giving new life to distressed communities.

Inspired by his mentor, a local Chick-fl-A owner named John Moniz, Scott finished college and eventually became a Republican businessman and politician. A certain South Carolina governor, Nikki Haley (later U.S. ambassador to the United Nations 2017-2018), named him as the mid-term replacement for retiring Senator Jim DeMint. Scott won his first full-term election in 2016. Dedicated to fighting economic hardship and unemployment, Senator Scott proposed various Opportunity Fund bills; they were bipartisan and even included Democratic New Jersey Senator Cory Booker as a co-sponsor. Scott introduced the idea of QOZs to President Trump who was supportive, and ultimately it became part of the Tax Cuts and Jobs Act of 2017.

Right here in Richland County – where I did my Army Basic Training at Fort Jackson – there is an opportunity zone in our own backyard: Census Tract 45079000700.