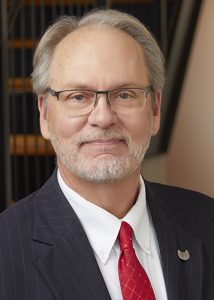 Pennington’s interest in systemic reform stems from his time as a defense attorney. While serving as a public defender, he often worked to help clients find services, from housing assistance to employment that they needed to avoid future legal troubles.

“Ashley has spent decades doing everything in his power to stop the revolving door that leads people back to prison because they don’t have the help they need once they’re released,” Burnette Shutt & McDaniel co-founder Nekki Shutt said. “We’re pleased that he’s joined us in fighting for the reforms needed to slam that door shut forever.”

That federal lawsuit contends that detainees with serious mental illnesses are subjected to inhumane and unconstitutional treatment at the overcrowded, understaffed facility.

Pennington’s long-standing commitment to improve mental health programs for incarcerated individuals will complement this and similar litigation Andrews has brought against the Charleston County Detention Center and the SC Department of Corrections.

Located in Columbia’s historic business district, Burnette Shutt & McDaniel, PA’s attorneys are licensed to practice in all South Carolina courts and at all levels of federal courts, including the U.S. Supreme Court. The firm represents clients in a range of areas, including employment, environmental, education, family, and criminal law. They also handle employee benefits and ERISA matters, civil rights cases, privacy and data protection issues and government matters such as eminent domain, land use and zoning. Learn more at burnetteshutt.law.