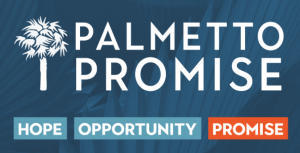 Chairman Phil Hughes, on behalf of the Board of Directors of Palmetto Promise Institute (PPI) released the following statement Tuesday night with 45 of 46 counties reporting in the contest for State Superintendent of Education. The statement congratulates Ellen Weaver on her election as Superintendent and announces plans for a national search for Palmetto Promise’s next President & CEO.

For the past ten years, Ellen Weaver has served with distinction as President & CEO of Palmetto Promise Institute. Under Ellen’s leadership, the organization was founded and quickly established itself as a leading voice advancing common sense public policy solutions to the challenges facing South Carolina today.

The entire board joins me in congratulating Ellen on her win and wishing her the very best as she embarks on this important new role. Throughout her career, she has worked tirelessly as an advocate for our state’s students, teachers, and parents. We know she will bring to her new job the same commitment to excellence and courageous leadership she has shown at Palmetto Promise.

Ellen will continue to serve as President & CEO of Palmetto Promise until she assumes her new role in January. We are also fortunate that Senior Fellow Dr. Oran Smith, another PPI founder, has agreed to help guide the internal transition, ensuring that the important work of Palmetto Promise continues uninterrupted while we conduct an exhaustive national search for a new chief executive to boldly lead the organization into our second decade.
Hughes further stated that PPI had retained a national search firm, and that the search for a new President and CEO of Palmetto Promise Institute would launch within the next week.