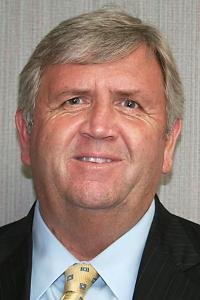 L.aurens resident and former Government Affairs professional Randy Garrett has announced his intention to run for the mayoral seat in the 2023 election.

“Many friends and neighbors have encouraged me to seek this office and I would be privileged to serve them and all the citizens of Laurens as their Mayor,” said Garrett.

Garrett believes strongly in smart growth for all areas in the city of Laurens, such as support for small businesses and affordable housing where necessary infrastructure and services are available.

“I’ll be fiscally responsible with citizens’ tax dollars when looking at areas for improvement and new growth,” said Garrett.

He pledges to engage in truthful, collaborative decision making with no hidden agendas.

“I want input from Council members and the public when making decisions about any type of changes within our city limits, whether that be new construction or the cleanup of vacant properties like abandoned houses and old mill sites,” he added.

Shearer, Administrator of NHC Health Care in Laurens, said, “Randy Garrett and I worked together for many years on the Leadership board of Laurens County Chamber of Commerce and the Board of Deacons of First Baptist Church, Laurens. Randy has always proved to be an outstanding leader and a man of integrity. He will be a great leader for the City of Laurens.”

“I hope to be a strong voice and advocate for the people of the City of Laurens,” said Garrett, “and encourage voters to reach out to me at (864) 923-3322, [email protected], or on Facebook at www.facebook.com/randy.garrett.148.”

Garrett has made his home in Laurens for more than 62 years and shares his love of community and Clemson Tigers football with daughter Miranda and grandsons Cason and Gavin Langston.