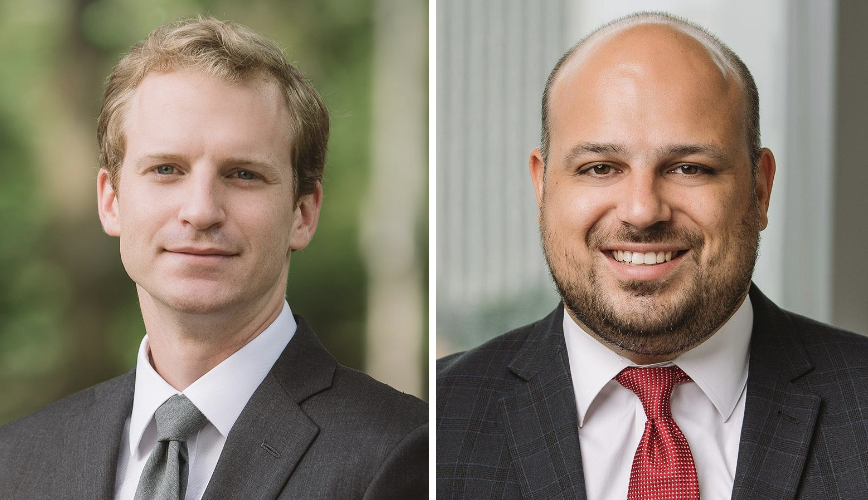 Riddle and Ward have worked to assist Afghan asylum seekers—including those who served the Afghan military in direct support of U.S. troops. Riddle orchestrated the initial client interviews, gathering of information about the clients’ background, and worked with interpreters when needed. He drafted applications, memos in support, represented the asylum seekers in their interviews and helped submit the final applications to the United States Citizenship and Immigration Services (USCIS). Riddle also provided representation at the asylum seekers’ interviews with USCIS.

“Pro bono work is vital to the practice of law as we are helping those in very difficult situations when they are unable to obtain adequate help on their own,” Riddle states. “Acting as a pro bono attorney allows me to be active in my community in a different way to my normal work, and it is something I greatly value.”

“This was particularly important to me as we were helping those who assisted our soldiers in Afghanistan, without these folks acting as security forces and translators, more Americans would have been put in danger and likely killed by the Taliban. They helped the U.S. at great risk to their personal safety, and now it is time for us to return the favor. The least we can do is assist in their applications to remain in the U.S. to live in peace and safety,” Riddle further elaborated.

Dan Ward also provided pro bono services for an asylum seeker, met his client in Arlington, VA, and represented him for his asylum interview with the USCIS.

While Ward and his client are still awaiting a final disposition from the USCIS, Ward believes they will receive a positive determination of asylum. “This finding is crucial to my client’s safety, as his service with the Afghan military in direct support of U.S. troops has marked him as an enemy of the Taliban. My client’s family, including his wife and three sons, remain in Afghanistan, so there is still a lot of work to do to help him move forward with his life, but it was an honor and a joy to provide some small assistance to him in navigating the asylum-seeking process.” Ward stated.

The South Carolina Bar is a statewide organization dedicated to improving the legal profession, the law, and the administration of justice for all South Carolinians. It serves more than 17,000 lawyer members and provides resources to educators and citizens of the Palmetto State. Learn more at www.scbar.org