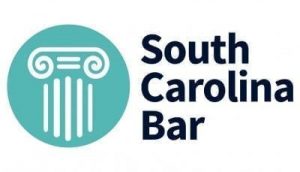 “The most impressive and rewarding thing about the homeless court program is the level of community cooperation. Solicitors and public defenders, police departments and homeless people, the court system, service providers, and all political persuasions come together to confront a common issue in our community and work towards the same goal,” said Williams, who is working closely with Judge Modla on the Rock Hill program. “That is incredibly rare in today’s environment. Having members of our bar leading the charge in establishing and operating the courts is a wonderful example of the good things our profession can accomplish, particularly when we work together.”

Hannah Honeycutt, Executive Director of the SC Access to Justice Commission, says the program has helped hundreds of South Carolinians in removing barriers to employment and housing in recent years.

Although the proceedings are formal, homeless courts are held outside of a traditional court room, often at a homeless shelter. The purpose is to help participants resolve their matters quickly and in a setting that makes the participant feel comfortable.

The South Carolina Bar is a statewide organization dedicated to improving the legal profession, the law and the administration of justice for all South Carolinians. It serves more than 17,000 lawyer members and provides resources to educators and citizens of the Palmetto State. Learn more at www.scbar.org