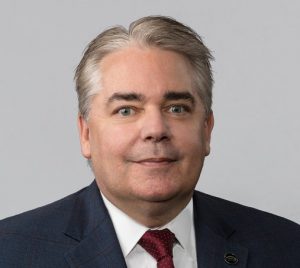 First Reliance Bank announced that Robert Dozier, Jr., president of First Reliance Bancshares and chief operating officer of First Reliance Bank, has been appointed to serve as South Carolina’s representative on the American Bankers Association (ABA) Government Relations Council (GRC). The national association is responsible for representing the interests of banks of all sizes across the country, as well as their two million employees.

Dozier is a tenured banking professional with over 31 years of experience in the industry. Prior to joining First Reliance Bank in 2020, Dozier served as executive vice president and chief business officer for Federal Home Loan Bank of Atlanta (FHLBA). Dozier oversaw all customer facing departments of the bank including the government and industry relations department. FHLBA is a $80 billion dollar wholesale bank that serves over 850 financial institutions throughout the Southeast.

GRC is a diverse leadership committee that is responsible for recommending annual policy priorities to ABA’s board of directors. The council provides ongoing policy guidance to the association’s leadership.

Most importantly, Dozier and other members of the GRC serve as essential advocates of ABA’s policy positions before members of the legislative and executive branches as well as related agencies, local media and fellow bankers.

“It is a great honor to serve on this important council,” Dozier said. “I look forward to participating and helping further the critical role our nation’s banks play in both their communities and the broader economy.”

“I am proud of Robert for his appointment to the ABA Government Relations Council. It is an esteemed honor to serve the American Bankers Association in this role,” said Founder and CEO of First Reliance Bank, Rick Saunders. “I know that he will represent First Reliance Bank and South Carolina well as the council tackles issues vital to building the communities that we are so fortunate to serve.”

For more information about the council visit abagovernmentrelationscouncil.com.

Founded in 1999, First Reliance Bancshares, Inc. (OTC: FSRL.OB), is based in Florence, South Carolina and has assets of approximately $991 million. The company employs more than 190 professionals and has locations throughout South Carolina and central North Carolina. First Reliance has redefined community banking with a commitment to making customers’ lives better, its founding principle. Customers of the company have given it a 93% customer satisfaction rating well above the bank industry average of 81%. First Reliance is also one of two companies throughout South Carolina to receive the Best Places to Work in South Carolina award all 16 years since the program began. We believe that this recognition confirms that our associates are engaged and committed to our brand and the communities we serve. In addition to offering a full range of personalized community banking products and services for individuals, small businesses and corporations, First Reliance offers two unique community-customers programs, which include: Hometown Heroes, a package of benefits for those serving our communities and Check N Save, an outreach program for the unbanked or under-banked. We also offer a full suite of digital banking services, a Customer Service Guaranty, a Mortgage Service Guaranty, and are open on most traditional holidays.

Additional information about the Company is available on the Company’s website at www.firstreliance.com.