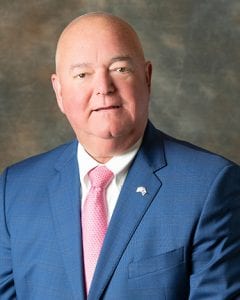 In America, choosing our government is a sacred right and duty.  Our vote is our voice, guaranteeing that we are stewards of our communities and our state and our nation.  It’s the essential expression of what it means to be American.

That’s why every single South Carolinian should be concerned about a bill making its way through the Senate —a bill that would establish special powers to dissolve democratically elected local school boards at state discretion.

And in a democracy where one person’s vote is just as important as another’s, it’s just plain wrong and may even be illegal.

In its implementation, Senate bill 419 will violate the federal Voting Rights Act of 1965, both in its change of voting procedures and its racially disparate impact. How?

By authorizing the automatic dissolution of elected boards in districts the state deems that it “has the capacity” to take over, voters will be stripped of their say in those districts’ most recent elections. And once there are three straight years of improvement, instead of returning the schools back to their local communities and restoring the voters’ say, fuzzy transition timelines deprive voters of electing their own school board members for many years, if not indefinitely.

A review of annual school report card results in 2018 and 2019 reveals that if current trends continue, six school districts would be subject to takeover. Vacating school board election results in these districts would have a substantial racially disparate impact because of the high percentage of minority voters. In fact, the percentage of non-white voters in four of these districts is roughly twice the statewide average.  In two of those districts, minority voters are two and a half times the statewide average.  This disparate impact, in conjunction with a change in voting, is strong evidence of a violation of the Voting Rights Act.

And what makes this all even more troubling is the legislation is entirely unnecessarily aggressive, when other means including existing state laws and budget provisos are in place to manage poor academic and/or fiscal performance in school districts. In fact, these existing provisions are currently being utilized in three school districts.

Dissolving elected school boards is not the solution to addressing the myriad of socioeconomic challenges that are present in many communities in our state.

The dissolution, however, does create animosity, division and a stigma that stays in the community for many years after the state leaves.

Instead the legislation should direct the state to work with elected leaders during a takeover to instill ownership in any improvements that may occur. Doing so would ensure improvement efforts are sustained long after the state leaves.

Senators need to remove the school board termination provisions in S.419 to avoid the trampling of voters’ rights under federal law.