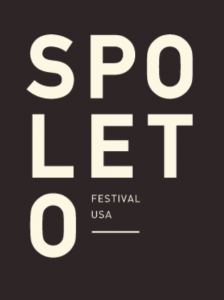 International performers return to Charleston for a program exploring themes of faith, migration, intertwining histories, and reclamations of the past

Spoleto Festival USA General Director Mena Mark Hanna announced today the programming for a robust 46th season of America’s premier performing arts festival, May 27 to June 12, 2022, in Charleston, South Carolina. This 17-day celebration of arts and culture features more than 120 events in venues throughout the city. Tickets are available to the public beginning February 22 at 10:00am EST at spoletousa.org or by calling 843.579.3100.

This season marks a crucial milestone in Festival history: the first with Mena Mark Hanna as General Director. Hanna, who took the helm last fall, sees Spoleto on the precipice of a new beginning. “Charleston has seen tremendous growth and rapid change, with nearly 60,000 people relocating to the area in the last decade,” says Hanna. “I see Spoleto at a unique point to not only grow with the city, but to continue to be a steward of its cultural life, just as the Festival did in its early years.”

For the first time since 2019, international artists will once again convene in Charleston, reaffirming Spoleto’s prominence in the broader arts landscape. In this way, the 2022 Festival season serves as a bridge that spans Charleston and the global community with unifying threads and intertwining themes. It also bridges the past with the present, reframing false narratives and revealing overlooked perspectives.

At the centerpiece of the season is Omar, Spoleto’s world premiere opera with music by Rhiannon Giddens and Michael Abels, directed by Kaneza Schaal (May 27, 30, June 2, 5, 8, 12), and conducted by John Kennedy. Expanding the traditional opera canon and providing a platform for marginalized voices, this work is part of a watershed moment that challenges the standard practice and repertoire of opera, questioning how it has been performed and what it can mean today. With a libretto by Giddens, Omar follows the life and autobiography of Omar Ibn Said, an African Muslim scholar who, in 1807, was captured in West Africa and brought to Charleston—a main harbor of the trans-Atlantic slave trade. In sharing Omar Ibn Said’s memoir, the opera underscores a largely undiscussed truth: as many as 30 percent of enslaved Africans who arrived in the colonies and the United States were Muslim.

“Within and beyond Omar,” notes Hanna, “Spoleto’s program explores migration—be it forced, exiled, or voluntary. Enslavement is a forced migration, for example. And in looking at our country’s origin points, it’s crucial to include Africa as a key genesis of the United States. That can no longer be ignored.”

These themes distill throughout the program, from jazz and Americana concerts in the College of Charleston Cistern Yard to classical music, dance, and theater performances. Opening the First Citizens Bank Front Row series, for instance, Rhiannon Giddens and Francesco Turrisi perform (May 28) selections from their two Grammy-nominated albums there is no Other and They’re Calling Me Home, tracing African and Arabic sounds’ influence on Western music. On May 29, Senegalese icon Youssou NDOUR—whose music embraces West African traditions as well as issues of social justice and racism—headlines the Wells Fargo Jazz series. In a new acoustic set he’s calling “Mbalax Unplugged,” NDOUR performs a mix of traditional Senegalese melodies and never-before-heard pieces composed during the pandemic that evoke his practice as a Sufi Muslim.

The transmission of cultural traditions throughout the African Diaspora is explored in a concert from jazz pianist Nduduzo Makhathini (May 30) as well as in choreographer Reggie Wilson’s POWER (May 28, 29). Drawing on extensive research, the production reimagines the devotional practices of Black Shaker communities and brings a new perspective to the spectrum of American Christian religion, Shouts, and the evolution of Africanist worship.

The Black experience is highlighted in such musical works as Alongside a Chorus of Voices, a new piece from composer Jessie Cox receiving its US premiere during the Music in Time series on May 29 and in a concert entitled Lift Every Voice on June 1. In this choral program that commemorates the Denmark Vesey rebellion in Charleston 200 years ago, soloists and choristers of Omar engage the audience on a musical journey from Spirituals to contemporary pieces, including Richard Smallwood’s Total Praise, Betty Jackson King’s It’s Me, O Lord, and Ronald M. Carter’s Lift Every Voice and Sing. In the theatrical realm, Dael Orlandersmith’s Until the Flood examines the aftermath of the 2014 shooting of teenager Michael Brown in Ferguson, Missouri. Running June 3 to 6, this one-woman play recounts real community members’ reactions and conversations surrounding the events that sparked a national movement.

Faith and representation are at the forefront of Karim Sulayman’s Unholy Wars (May 29, June 1, 3, 6), which stitches together operatic selections from the Italian Baroque period centered around the Crusades. Using Claudio Monteverdi’s Il combattimento di Tancredi e Clorinda as a keystone, Sulayman refocuses these narratives, addressing issues of Orientalism in the Baroque works to reveal a new story from his Arab American perspective. This world premiere includes animation by Syrian artist Kevork Mourad, new interstitial compositions by Mary Kouyoumdjian, and choreography by Ebony Williams. Early music specialist and violinist Julie Andrijeski provides musical direction.

A new composition from Nico Muhly adds to this season’s discussions. A contemplative recontextualization of the Stations of the Cross, Muhly’s work for harp—performed by Parker Ramsay—and eight singers is punctuated with text by librettist Alice Goodman to reveal the brutality of a man’s wrongful condemnation and suffering. The work receives its world premiere at King’s College Cambridge this spring; its US premiere in Charleston at St. Matthew’s Lutheran Church (June 7) is also part of Spoleto’s Music in Time series, curated by Festival Resident Conductor and Director of Orchestral Activities John Kennedy.

The final Music in Time concert (June 6) features three orchestral works from Tyshawn Sorey, a jazz percussionist and MacArthur Fellow praised by The New Yorker as “an extraordinary talent who can see across the entire musical landscape.” The concert includes For Roscoe Mitchell, which features cellist Seth Parker Woods and members of the Spoleto Festival USA Orchestra, as well as Sorey’s Autoschediasms, which Sorey and the musicians will create in real time using what Sorey calls spontaneous composition. Sorey also takes the stage during Spoleto’s Wells Fargo Jazz series (June 4), performing in a new trio alongside pianist Aaron Diehl and bassist Matt Brewer.

Working closely with such lauded composers as Sorey remains one of the main boons for the young professional artists of the Spoleto Festival USA Orchestra. This year, in addition to accompanying the world premiere of Omar and the reworked La bohème (May 28, 31, June 4, 7, 11)—conducted by Vimbayi Kaziboni—the full ensemble plays the US premiere of Anna Thorvaldsdottir’s AIŌN, as well as a reconstruction of Edmund Thornton Jenkins’s Rhapsodic Overture, arranged by Tuffus Zimbabwe. Adding to this program on June 3, rising-star pianist Julia Hamos joins the ensemble to feature in György Ligeti’s Concerto for Piano and Orchestra.

Modeled after the successful Spoleto Festival USA Orchestra, the Festival’s newly formed Chorus will be one of the busiest ensembles throughout the season. Its members perform in Omar, La bohème, and The Street, as well as in Beethoven’s Ninth Symphony (June 9) and two choral concerts in St. Matthew’s Lutheran Church (June 3, 11) highlighting Romantic pieces from composers including Bruckner, Brahms, Pearsall, and Britten. Assembled anew each year through national auditions, the Chorus will take on a dynamic new identity each season, reflecting the diverse scope of artistry and versatility of its singers as well as the various pieces of seasonal repertory. Like the Orchestra, which in 2022 has 87 musicians, the number of vocal fellows selected for the Festival Chorus shifts each season depending on the program’s repertory; in 2022, there are 56 choristers.

A keystone of Spoleto Festival USA, the Bank of America Chamber Music series continues in 2022. Geoff Nuttall, Festival Director of Chamber Music, curates each of the varied 11 programs and offers his singular mix of old and new. Punctuating this year’s programming will be recent and new works by contemporary composers including Paul Wiancko, Mark Applebaum, and Steven Banks—the series’ first saxophonist. Joining Nuttall’s venerable band are several new faces: recorder virtuoso Tabea Debus, violinist Alexi Kinney, and the Castalian String Quartet. Once again, the 33 hourlong concerts will be performed at 11:00am and 1:00pm in the Dock Street Theatre; complete programming will be announced this spring.

A full schedule of performances is attached (2022 Full Season Announcement PDF), detailing works presented and artists involved. Tickets to the 2022 season become available to public February 22. To mark that occasion, Spoleto is revealing its final piece of the season: a play at the historic Dock Street Theatre running for 14 performances throughout the length of the Festival. Performance dates and times are included below; a release outlining the play will be available February 22.

About the Spoleto Festival USA

Spoleto Festival USA was founded in 1977 by Pulitzer Prize-winning composer Gian Carlo Menotti, who sought to create an American counterpart to the annual Festival of Two Worlds in Spoleto, Italy, that he had founded in 1958. Now in its 46th year, Spoleto Festival USA is internationally recognized as America’s premier performing arts festival. For 17 days and nights each spring, Spoleto Festival USA fills Charleston’s historic theaters, churches, and outdoor spaces with performances in opera; theater; dance; and chamber, symphonic, choral, and jazz music. Spoleto’s mission is to present programs of the highest artistic caliber while maintaining a dedication to young artists, a commitment to all forms of the performing arts, a passion for contemporary innovation, and an enthusiasm for providing unique performance opportunities for established artists. Beyond its role as a launching pad for young talent, Spoleto also serves as a catalyst for cultural change and has aided in Charleston’s flourishing as a top arts and culture destination. With General Director Mena Mark Hanna at its helm, the 2022 season takes place May 27 to June 12 in various locations on the downtown peninsula. Spoleto Festival USA is a 501 (c)(3) charitable organization.