The red-hot pandemic housing market has finally cooled in recent months. Due to actions by the Federal Reserve to combat inflation, mortgage rates have more than doubled from the historic lows seen in 2021. As a result, home sales have slowed dramatically, and prices have started to come down. However, housing markets in some parts of the country tend to be less stable and more prone to volatility than others. 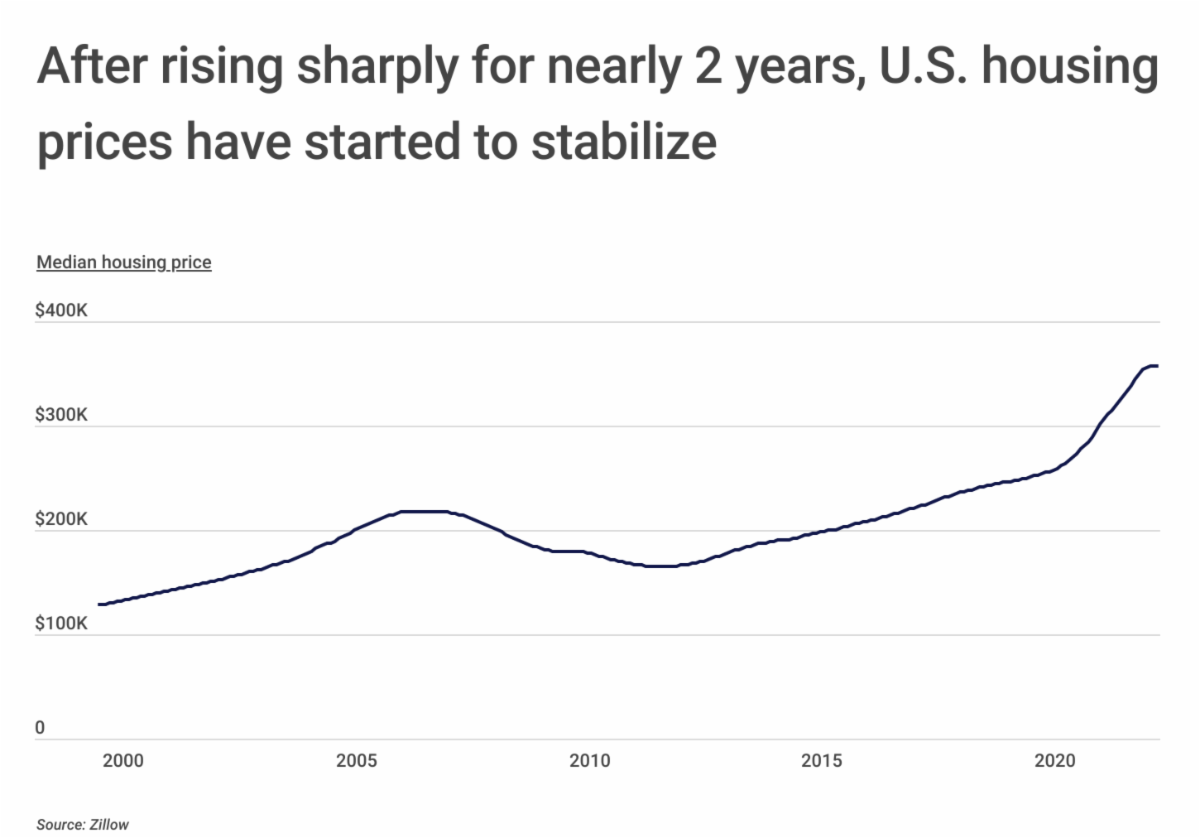 Before the recent drop, the median price of housing in the U.S. had been rising almost steadily since 2012, when prices bottomed out in the wake of the Great Recession and housing crisis of 2008. Home prices started rising more rapidly in the second half of 2020 due to a combination of factors—including increased housing demand, a limited supply of new homes, and expectations about future home prices.

In March 2022, the Federal Reserve began a series of interest rate hikes in an effort to tamp down inflation, and by summer, the median price of housing had begun to stabilize. However, high interest rates have made buying a home a more expensive undertaking, especially in cities where home prices increased the most during the last few years. As potential buyers weigh their options in this market, it is helpful to consider how different locations have fared historically during periods of volatility. 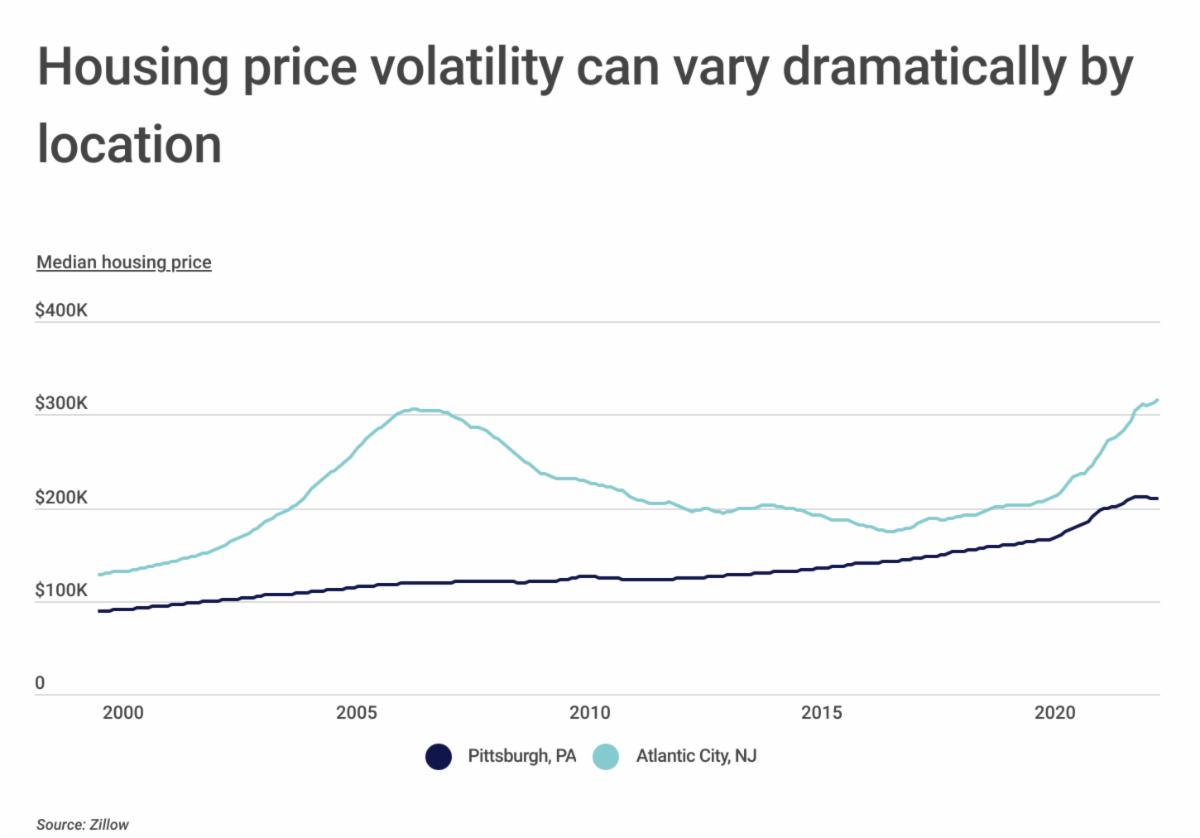 Housing markets in some cities are especially prone to price fluctuations. Atlantic City is one such housing market that has proven to be more volatile than others. The median price of housing in Atlantic City reached over $300,000 in 2007 before it came crashing down, hitting a low of $174,544 in 2017. Home prices then began to rebound and increased sharply over the last two years. In comparison, the Pittsburgh housing market has been much more stable. Pittsburgh home prices stayed relatively flat during the housing crisis and ensuing recession in 2008, and the increase in home prices since the pandemic has been more muted than in many other parts of the U.S. 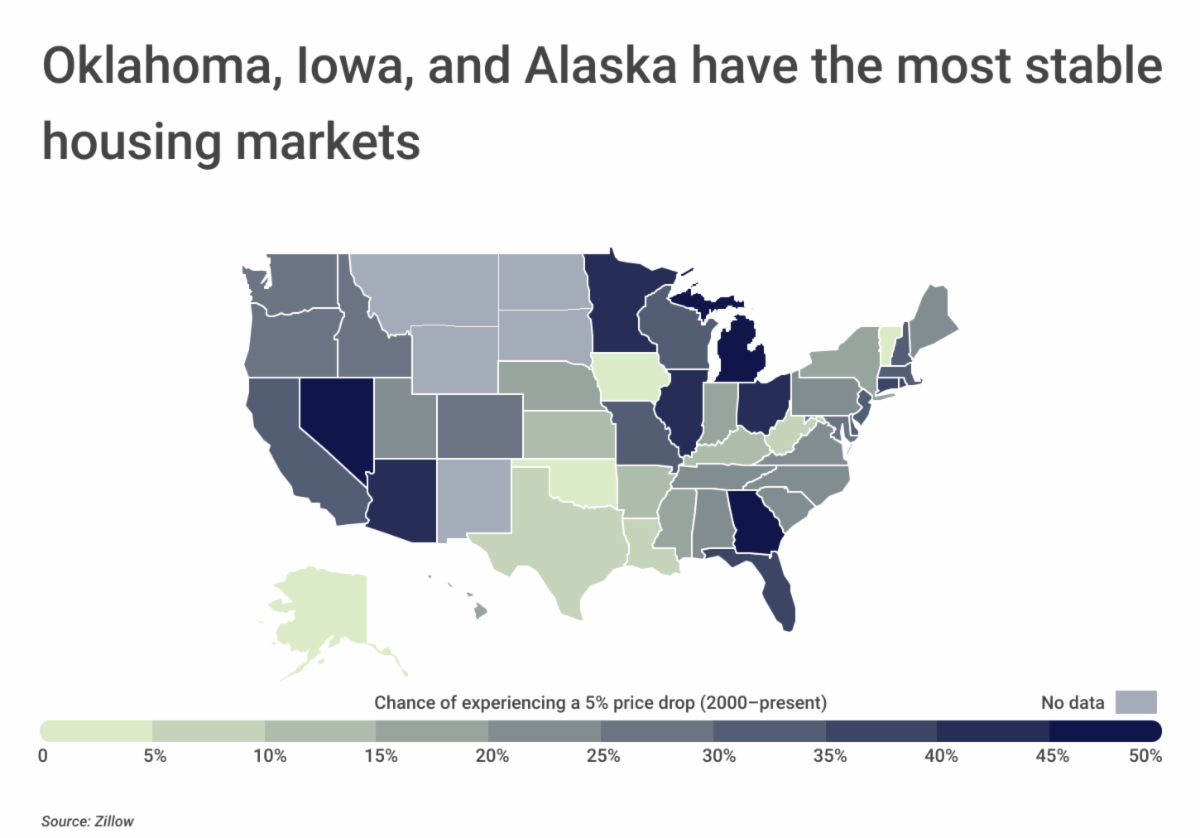 At the state level, Oklahoma, Iowa, and Alaska have the most stable housing markets, as measured by the probability that a buyer purchasing a home at any point between 2000 and present would have experienced a greater-than-5% price drop following the purchase. All three of these states had a 0% chance of this happening. In contrast, the probability of experiencing at least a 5% price drop between 2000 and present was 50.2% in Nevada and 49.8% in Georgia.

Here is a summary of the data for South Carolina:

For reference, here are the statistics for the entire United States:

For more information, a detailed methodology, and complete results, you can find the original report on Construction Coverage’s website: https://constructioncoverage.com/research/the-most-stable-housing-markets-2023