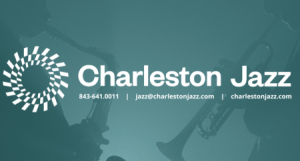 Known around the world as ambassadors of Charleston’s rich musical heritage, the 18-member Charleston Jazz Orchestra has unveiled their monumental 15th season. This world-class ensemble, led by Maestro Robert Lewis, presents unparalleled big band performances in the Holy City. The series of six concerts at the Charleston Music Hall offers both 5pm and 8pm show times. Patrons can expect the unexpected with exhilarating musical selections and special guest appearances from international jazz luminaries.

“I can’t wait to get started working on the new season! With the great themes and incredible guest artists, it is going to be a fantastic year.”  – Robert Lewis, Director of the Charleston Jazz Orchestra.

The season will open with New ‘Awlins – A Night on Bourbon St. on February 25th, 2023. This vibrant musical extravaganza will transport you to the Big Easy with guest star Wycliffe Gordon centerstage. Gordon was a member of the Wynton Marsalis Septet from 1989-1995 and a founding member of the Lincoln Center Jazz Orchestra. He also arranged the theme  song of NPR’s All Things Considered that is heard daily around the world.

On March 25th, 2023, Sing, Sing, Swing! will showcase the evolution of electrifying Big Band Swing music that took America by storm. From its birth with legendary ensembles such as Charleston’s own Jenkins Orphanage Band, Benny Goodman, and Fletcher Henderson Orchestras, to the indelible mark it continues to make on jazz today, Swing hits have gone down in history as some of the greatest songs of all time.

Escape the ordinary and enter the vibrant world of Brazilian jazz with Summer Samba presented on May 13th, 2023! Electrifying and enthralling arrangements will put a little Samba in your step as warm Portuguese lyrics waft through the air, accented by the subtle drama of Bossa Nova. You’ll feel like you’re walking the streets of Ipanema or sipping a Caipirinha at the Copacabana as South American culture collides with your favorite Big Band! Special guest stars include: Alva Anderson, Heather Rice and Duda Lucena.

Queens of Jazz on September 16th, 2023 will celebrate voices of hope, pioneers of melody, lyric, and rhythm. Grammy-Award-winning vocalist Quiana Parler will lend her voice of liquid gold to the Charleston Jazz Orchestra for an unforgettable journey through the greatest female jazz stars. From Ella Fitzgerald to Nina Simone, Sarah Vaughn, and more, the Lowcountry’s own superstar paired with a world-class big band is an evening you won’t want to miss! 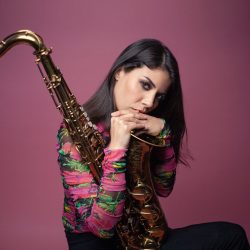 Saxophone Supernova on October 21st, 2023 will feature prestigious Blue Note recording artist and Grammy-nominated musician, Melissa Aldana. The Chilean-born tenor saxophonist is making big waves in the jazz scene. At the age of 24, Aldana became the first female instrumentalist and the first South American musician to win the Thelonious Monk International Jazz Saxophone Competition. This marks her first collaboration with the world-renown Charleston Jazz Orchestra as she delves into the greatest hits of her saxophone heroes through the generations.

The season will come to a finale with Holiday Swing on December 2nd, 2023. The most anticipated concert of the year, the Charleston Jazz Orchestra pulls out all the stops in this magical performance! You’ll be all aglow with seasonal arrangements of past and present, filling the hall with the splendor of the Big Band sound. Join thousands who make Holiday Swing their family tradition, making memories with music!

About the Charleston Jazz Orchestra

Under the direction of Robert Lewis, the Charleston Jazz Orchestra has been performing for audiences in the Lowcountry for over 14 years. Composed of 18 accomplished jazz musicians, the CJO is an entertaining and educational example of the rich history of jazz in Charleston. The Charleston Jazz Orchestra offers a six concert subscription series known for its unique, enthusiastically received performances that contribute mightily to the ever-evolving Lowcountry arts scene.