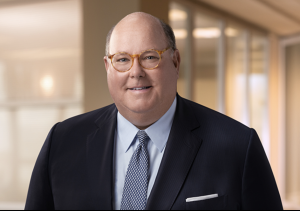 Elected representatives in Columbia are currently debating legislation that will help South Carolina businesses compete in the 21st century.

Right now, there are 43 states and the District of Columbia that allow some form of off-premise retail sales of liquor on Sundays, including our neighboring states of Georgia, Tennessee, and Florida. But in South Carolina, thousands of liquor stores are closed on Sundays – yet consumers can purchase beer and wine in most grocery stores.

The result? Business owners aren’t allowed to operate in their best interests. And whether you’re talking about lifelong residents, recent arrivals setting down roots, or people visiting us on vacation from elsewhere, consumers are losing out. This unfair, outdated, and anti-competitive policy needs to change.

Nearly 75% of voters in the state already support beer, wine, and liquor being regulated the same way. And even more, agree voters should have the opportunity to vote on Sunday liquor sales in their county.

That is why I support a novel, bipartisan approach backed by business owners, community organizations, and consumers throughout the state. House Bill 3013, sponsored by Representative Todd Rutherford (D), would “provide that the sale of alcoholic liquors on Sunday may be authorized by referendum.”

Oddly, South Carolinians cannot vote by referendum on whether to allow liquor stores to open on Sundays. Yet we can – and have dozens of times – vote on whether to sell beer and wine on Sundays. It makes no sense.

You might wonder why a former Ambassador to Switzerland is taking on this issue. I saw first-hand from abroad how outdated South Carolina laws create barriers in business and stand in the way of people investing in our state. Also, my personal investment in distilled spirits abroad has given me firsthand knowledge on how these laws negatively impact business.

We need to reinforce the image that South Carolina is open for business. House Bill 3013 is a simple, sensible step in the right direction – the widely embraced, easy-to-understand building block that creates positive economic momentum across the state.

Like most of you, I believe decisions like this one rest in the hands of the voters – each county should decide if Sunday sales are right for them. To be clear: This legislation would not force any liquor store to be open – it would only let voters in each county decide whether to put that decision in business owners’ hands or the government’s.

South Carolina has a promising future if we let our local business owners compete. It should be more convenient for consumers to purchase liquor on Sundays (just like wine and beer) instead of crossing state lines, keeping revenue, jobs and opportunity right here in South Carolina.

Contributor Ed McMullen is Chairman of Cheers! Let South Carolina Decide, a coalition of business owners, community organizations, and individual consumers who believe it’s reasonable and fair for stores and their patrons to have a say in how – and when – they shop. The coalition’s goal is to pass House Bill 3013, which would allow South Carolina citizens the right to vote if they want liquor stores to be open on Sundays in their county.