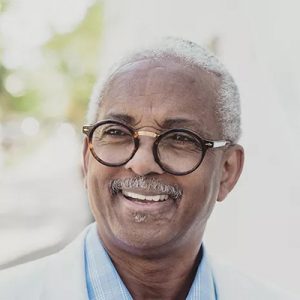 Beginning on January 13, 2022, South Carolinians will come together to celebrate Charleston’s 50th Annual Reverend Dr. Martin Luther King, Jr. Celebration. Put on annually by YWCA Greater Charleston, the tribute—first held in 1972 as one of the first national tributes of its kind—is a multiday event reigniting Dr. King’s dream.

The traditional capstone of the Celebration, the 22nd Annual MLK Summit—formerly known as the Annual MLK Business and Professional Breakfast—will open the MLK Celebration this year. It will be held from 7:00 a.m. to 9:00 a.m. on Thursday, January 13, as a hybrid virtual and in-person event live-cast from the Camden Room of the Charleston Area Convention & Visitors Bureau. Noted philanthropist and business leader Anita Zucker, the Summit’s 2021 keynote speaker, will chair the event. Charleston Mayor John Tecklenburg will serve as honorary chair.

Keynoting the Summit will be U.S. Ambassador William E. Kennard, former chairman of the Federal Communications Commission (FCC). Appointed by President Barack Obama to serve as the U.S. Ambassador to the European Union in 2009 and as FCC chair by President Bill Clinton in 1997, he became well known for advocating for people at risk of being stranded on the wrong side of the digital divide. U.S. News & World Report dubbed him “a consumer champion for the digital age.”

Presiding over the FCC during a historic time, he shaped policies that created an explosion of new wireless phones and brought the Internet to a majority of American households. He also implemented policies to bridge the digital divide, including bringing the Internet to disadvantaged schools and libraries, dramatically expanding access to communications technologies for people with disabilities, and increasing phone service to rural areas, especially Native Americans living on tribal lands. He also worked to create more ownership and employment opportunities for women and minorities in the communications sector.

A graduate of Stanford University and Yale Law School who divides his time between Charleston, S.C. and Washington, D.C., Ambassador Kennard holds honorary degrees from Howard University, Gallaudet University, and Long Island University, and awards from the Congressional Black Caucus Foundation, Easter Seals Foundation, and Hispanic Chamber of Commerce. He is chair of the board of directors of AT&T, Inc., a member of the boards of Ford Motor Company and MetLife, Inc., and a member of the boards of trustees of Yale University and the International African American Museum in Charleston.

In honor of the 50th anniversary of the Celebration, this year YWCA Greater Charleston is combining its MLK Area Worship Services with its signature MLK Ecumenical Service for one dynamic, impactful service encompassing and recognizing houses of worship from every region of the Lowcountry.

Keynoting the service will be Reverend Anthony B. Thompson, author of “Called to Forgive” and husband of Myra Thompson, one of the Emanuel Nine. His unimaginable ordeal and forgiveness of his wife’s killer has been chronicled by Time magazine and the New York Times. His subsequent calls for forgiveness and racial equity have been heard across the world.

Rev. Thompson also served for six years in the U.S. Navy and for 27 years as an adult probation parole agent for the South Carolina Department of Probation, Parole, and Pardon Services, in addition to working as a relief counselor for the Carolina Youth Development Center, a wraps provider for the South Carolina Department of Mental Health, a court liaison for the Charleston County Substance Abuse Commission, and a youth counselor for John G. Richard’s Institution for Boys. He has mentored young people across the tri-county area for 40 years, and continues to do so. He holds a bachelor of arts degree in secondary education from Benedict College and a Master of Divinity degree from Cummings Theological Seminary.

Registration for both events will open in early January 2022 at ywcagc.org.

The 50th Annual Reverend Dr. Martin Luther King, Jr. Celebration is one of South Carolina’s longest running events, predating Spoleto Festival USA and other well-known local events. The annual celebration was founded by YWCA Greater Charleston and first held in January 1972—one of the first such tributes to Dr. King in the nation. The Annual MLK Summit (Breakfast) was added in January 2000 in partnership with former Charleston Mayor Joseph P. Riley, Jr. and the City of Charleston. Today the celebration is the largest tribute to Dr. King in South Carolina, attracting thousands of celebrants each year.

For 114 years, YWCA Greater Charleston has worked to eliminate racism and empower women in Charleston, Berkeley, and Dorchester Counties. Among its initiatives to eliminate racism are its multiday MLK Celebration, one of the city’s longest running events; its annual Stand Against Racism; and its Racial Equity Institute trainings equipping local leaders to address racism. It empowers women with its annual What Women Bring event, attended by hundreds to empower South Carolina’s women in business, community, and culture; WE 360°, helping women of color overcome barriers in entrepreneurship; Own the Room public speaking workshops empowering women’s success; and women’s health programs. It brought the first Girls Who Code club for middle school girls to Charleston, and today its Y Girls Code program includes female students of all ages. It also hosts SheStrong, empowering high school girls to develop as leaders and changemakers. For more information, visit ywcagc.org.