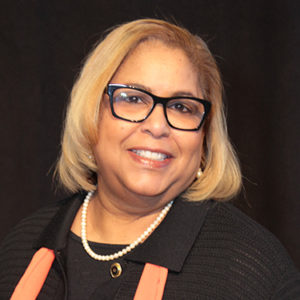 As it celebrates its 112th anniversary, YWCA Greater Charleston is welcoming its incoming board of directors, who took office on July 1, 2019.

Local entrepreneur and community service advocate Kendra Snipe will serve as vice chair. A board member since 2015, she holds a master’s degree from the Georgia School of Professional Psychology and degrees in psychology from Columbia College and both human resources development and management from Webster University. She previously served as YWCA Greater Charleston’s board secretary, chaired its governance committee, and served on its organizational leadership committee.

Attorney Jennifer Dunlap will serve as board secretary. A board member since 2017, she is a partner at Parker Poe Adams & Bernstein, LLP, and holds degrees from Southern Methodist University and the Vanderbilt University School of Law. She was honored as one of the Charleston Regional Business Journal’s Forty Under 40 in 2013 and as a South Carolina Super Lawyers Rising Star from 2012 to 2015. She has also contributed her expertise and time to YWCA Greater Charleston’s Career Success Series by coaching women on their equal employment rights.

Chisolm, an attorney who specializes in helping families navigate legal problems, is a sole practitioner at The Chisolm Law Firm. She previously served as president of the Zonta Club of Charleston, focusing on the elimination of domestic violence and human trafficking, and president of the Charleston Trident Urban League’s Young Professionals Network. She currently serves on the board of Art Forms and Theatre Concepts, an African American theatre company, and is a certified guardian ad litem representing and advocating for children in contested custody disputes. She holds a bachelor’s degree from the University of South Carolina and a juris doctorate degree from the University of Florida Levin College of Law, where she also received a certificate in family law.

Curry, a guardianship and conservatorship clerk for the Charleston County Probate Court, specializes in the well-being of vulnerable adults, including monitoring guardianships, preparing senior wellness events, visiting senior living centers, and more. Prior to entering public service, she enjoyed a career in event planning. She holds bachelor’s degrees in both business administration and hospitality and tourism management from the College of Charleston.

Hart, a business development leader, currently leads growth products for Amazon’s print-on-demand division. Prior to that she served in multiple roles for Blackbaud, including running its global sales operations, building a new marketing operations team, and leading a back-office transformation as its director of operational excellence. She has also served as co-chair of YWCA Greater Charleston’s What Women Bring event.

Johnson, vice president of client relationship management for national accounts at Prudential Financial, enjoys mentoring children and helping the homeless. In addition to other volunteer work, for six years she served as a mentor for children as part of Omaha TeamMates Mentoring, which provides mentors for thousands of students across five states, and as a girls track coach for the Amateur Athletic Union, a nonprofit providing inclusive sports programs for all. She holds a bachelor’s degree in psychology from the University of Nebraska.

McGhee, a graduate of Furman University’s Diversity Leadership Initiative, the Charleston Metro Chamber of Commerce’s Leadership Charleston program, and Leadership South Carolina, is the minority and women small business administration coordinator for the Charleston County Aviation Authority. She also owns and operates SLMM Enterprises, LLC, and serves on the boards of the Lowcountry Housing and Economic Development Foundation and the Net Economic Community Development Corporation, the business diversity committee of Airports Council International: North America, and the advisory council of the National Association of Minority Contractors. She holds a bachelor’s degree in business administration from Coastal Carolina University and a master’s degree in management and leadership from Liberty University.

Williams, a United States Army veteran, serves as a business financial manager for the Naval Information Warfare Center Atlantic. She is an associate member of the Charleston chapter of Jack & Jill of America and a sustaining member of the Junior League of Charleston. She holds a bachelor’s degree in business administration from Fayetteville State University and a master’s degree in business administration from Saint Leo University.

“Our organization strives to make a real difference in the lives of women and people of color across the Charleston region,” said LaVanda Brown, executive director of YWCA Greater Charleston. “A healthy, committed, and engaged board is essential as a foundation for a truly outstanding organization, and I am confident that our returning and new board members will serve the Lowcountry with the excellence our members and partners rightly expect from us.”

For 112 years, YWCA Greater Charleston has worked to eliminate racism and empower women in Charleston, Berkeley, and Dorchester Counties. A historic local association of YWCA USA, one of America’s oldest and largest multicultural women’s organizations, it seeks to create opportunities for personal growth, leadership, and economic development for women, girls, and people of color. Its annual Rev. Dr. Martin Luther King, Jr. Celebration is one of Charleston’s longest running events, predating Spoleto Festival USA and other events. One of the first MLK tributes in the nation, today it attracts thousands of celebrants each year. In 2016 YWCA Greater Charleston brought the first Girls Who Code club for middle school girls to Charleston; its subsequent Y Girls Code program has since expanded to nine clubs across elementary, middle, and high school age groups. In 2017, it brought the Racial Equity Institute, an ongoing training program, to Charleston to help local leaders understand and address racism in their communities. And in 2018, it introduced What Women Bring, an annual power lunch attended by sold-out audiences of hundreds to celebrate and empower South Carolina’s women in business, community, and culture. For more information, visit ywcagc.org.