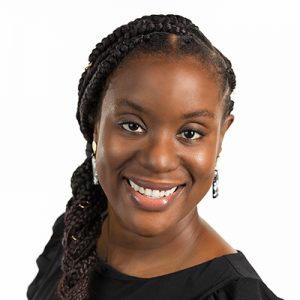 As it celebrates its 114th anniversary, YWCA Greater Charleston is welcoming its incoming board of directors, who took office on July 1, 2021.

Local community advocate Kendra Snipe (pictured) has been elected board chair. A board member since 2015, she holds a master’s degree from the Georgia School of Professional Psychology and degrees in psychology from Columbia College and both human resources development and management from Webster University. She has been recognized as one of the Charleston Regional Business Journal’s Forty Under 40, and currently works to attract world-class talent to the steel industry for Nucor Corporation. She previously served as YWCA Greater Charleston’s board vice chair and board secretary, chaired its governance committee, and served on its organizational leadership committee.

Attorney Jennifer Dunlap will serve as vice chair. A board member since 2017, she is a partner at Parker Poe Adams & Bernstein, LLP, and holds degrees from Southern Methodist University and the Vanderbilt University School of Law. She was honored as one of the Charleston Regional Business Journal’s Forty Under 40 in 2013 and as a South Carolina Super Lawyers Rising Star from 2012 to 2015. She has also contributed her expertise and time to YWCA Greater Charleston’s Career Success Series by coaching women on their equal employment rights.

Janet Hart will serve as board secretary. A board member since 2019 and a business development leader with a broad operations and product management background, she currently leads products for Amazon’s print-on-demand division. Prior to that she served in multiple roles for Blackbaud, including running its global sales operations, building a new marketing operations team, and leading a back-office transformation as its director of operational excellence. She has also served as co-chair of YWCA Greater Charleston’s annual What Women Bring event.

Courtney Johnson will return as board treasurer. A board member since 2019 and a group insurance executive for more than 15 years, she is currently vice president of client relationship management for national accounts at Prudential Financial. She enjoys mentoring children and helping the homeless; for six years she served as a mentor for children as part of Omaha TeamMates Mentoring, which provides mentors for thousands of students across five states, and as a girls track coach for the Amateur Athletic Union, a nonprofit providing inclusive sports programs for all. She also taught children in the Schools on Wheels program in Huntington Beach, Calif. for two years. She holds a bachelor’s degree in psychology from the University of Nebraska.

Shawn Edwards, chief inclusive excellence officer for The Citadel, will serve as the elected chair of YWCA Greater Charleston’s governance committee. Serving with her on the committee will be Monique Brown of BenefitFocus, Natasha Chisolm of The Chisolm Law Firm, previous YWCA Greater Charleston Board Treasurer Belita Green, Elise McFarland of the American Speech-Language and Hearing Association, and Crystal R. Rouse of the Tri-County Cradle to Career Collaborative.

“YWCA Greater Charleston is dedicated to eliminating racism, empowering women, and promoting peace, justice, freedom, and dignity for all,” said LaVanda Brown, executive director of YWCA Greater Charleston. “A committed and engaged board is essential as a foundation to the fulfillment of our mission, and the leaders serving on our incoming board of directors have proven themselves as dedicated to racial equity and equality for women of all ages, cultures, and identities.”

Brown also applauded The Honorable Tamara C. Curry, an associate probate judge for Charleston County, for her selfless service as board chair from 2019 to 2021.

For 114 years, YWCA Greater Charleston has worked to eliminate racism and empower women in Charleston, Berkeley, and Dorchester Counties. Among its initiatives to eliminate racism are its annual multi-day MLK Celebration, one of the city’s longest running events; its annual Stand Against Racism; and its Racial Equity Institute trainings equipping local leaders and laypeople to address racism. It empowers women with its annual What Women Bring event, attended by hundreds to empower South Carolina’s women in business, community, and culture; WE 360, helping women of color overcome barriers in entrepreneurship; Own the Room public speaking workshops empowering women’s success; and women’s health programs. It brought the first Girls Who Code club for middle school girls to Charleston, and its Y Girls Code program includes female students of all ages. It also hosts SheStrong, empowering high school girls to develop as leaders and changemakers. For more information, visit ywcagc.org.