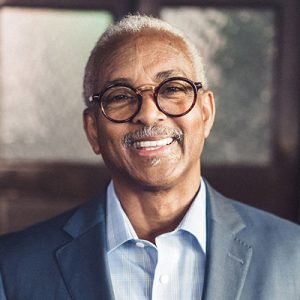 In September 2021, YWCA Greater Charleston invited graduates of its Racial Equity Institute workshops to pilot a new racial equity workshop. Now it has opened the new workshop to the public, to take place in April and May.

While there are similarities between the two, each stands alone in its approach to combatting racism.

The nonprofit’s Racial Equity Institute workshops are led by facilitators nationally recognized for helping communities address institutional racism. They take place over two days and are designed to help local leaders and laypeople proactively understand and address racism in their communities, workplaces and workplaces.

The new workshop, Called to Forgive, is led by author and speaker Rev. Anthony B. Thompson, nationally recognized for his call for forgiveness and racial reconciliation after the racially motivated murder in 2015 of the Emanuel Nine, including his wife, Myra Thompson.

Limited to just 20 people, Called to Forgive will take place from 6:00 to 7:30 p.m. on Tuesday, April 26, and Tuesday, May 3. An intimate, crucial conversation centering on the Mother Emanuel tragedy and the possibilities of racial understanding, this deep, two-part workshop is designed to bring participants of all races, genders, ages, and religions an eye-opening understanding of forgiveness and its role in creating unity, racial equity, and racial reconciliation.

Margaret Hagood, Ph.D, director of the College of Charleston’s Center for Excellence in Teaching and Learning and a Racial Equity Institute workshop graduate, left the September pilot of the workshop with resolve to face, rather than turn away from, opportunities for forgiveness. “This workshop encourages participants to meet their understanding of forgiveness and to wrestle with it and expand it deeply in a supportive space,” she said, “not only for the benefit of participants’ own journey of forgiveness but for the benefit of all humanity.”

Sherry Gilliam, executive director of Charleston County First Steps and a fellow Racial Equity Institute graduate, called the workshop very enlightening. “The opportunity to openly share and learn from others regarding forgiveness was priceless,” she said, adding that she was eager for even more. “The first night we were asked to consider racial struggles in Charleston, forgiveness, and reconciliation. I continue to think deeply about it.”

The workshop is built around Rev. Thompson’s book, Called to Forgive. Participants read sections of the book before each workshop night for discussion with the group, together and in very small, intimate groups.

“Many in the church and community still struggle to understand Reverend Thompson’s deliberate choice to forgive the racist murderer,” noted Bethany House, publisher of the book. “But as Charlestonians witnessed this incredible act of forgiveness, something significant happened within the community. Instead of the expected racial riots in the aftermath of the shooting, Black and White leaders and residents united, coming together peaceably and even showing acts of selfless love.

“But beyond that, Reverend Thompson casts a compelling vision of the power of forgiveness to transform our lives – personally, in our communities, and even in our nation. Be inspired by this remarkable story and discover how the difficult decision to forgive can become the key to radical change.”

Any member of the public is welcome to register to attend at www.ywcagc.org/forgive. The cost is $70 and includes both sessions. Discounts are available for YWCA Greater Charleston members.

For 114 years, YWCA Greater Charleston has worked to eliminate racism and empower women in Charleston, Berkeley, and Dorchester Counties. Among its initiatives to eliminate racism are its multi-day MLK Celebration, one of the city’s longest running events; its annual Stand Against Racism; and its Racial Equity Institute workshop equipping local leaders and laypeople to address racism. It empowers women with its annual What Women Bring event, attended by hundreds to empower South Carolina’s women in business, community, and culture; WE 360°, helping women of color overcome barriers in entrepreneurship; Own the Room public speaking workshops empowering women’s success; and women’s health programs. It brought the first Girls Who Code club for middle school girls to Charleston, and today its Y Girls Code program includes female students of all ages. It also hosts SheStrong, empowering high school girls to develop as leaders and changemakers. For more information, visit ywcagc.org.