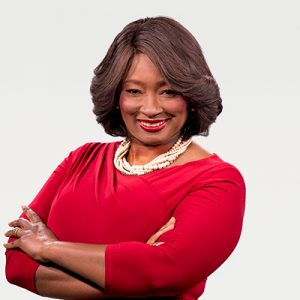 Last May, YWCA Greater Charleston put on its inaugural What Women Bring event celebrating women leaders in business, community, and culture across South Carolina. The power lunch featured an Oprah-style panel discussion led by WCBD News 2 anchor Octavia Mitchell, emcee of the event, and women breaking barriers across 10 different industries, each of whom were recognized with an award. More than 400 women and men attended the sold-out event.

Now the nonprofit, dedicated to empowering women and eliminating racism, is back with its second annual What Women Bring event, to be held at the North Charleston Convention Center, 5000 Coliseum Drive in North Charleston, from 11:00 a.m. to 1:30 p.m. on Tuesday, May 21.

WCBD’s Octavia Mitchell will again emcee the event, where an audience of hundreds will participate in a candid conversation with a fresh crop of ten influential leaders, each one a recipient of a 2019 What Women Bring award. The ten women will discuss issues commonly faced by women in the workplace and community and take questions from the audience.

Brenda Lauderback, board chair of Denny’s Corporation, will be honored in the business category. Lauderback has a long history of corporate leadership, having served in executive roles for Nine West Group and Target Corporation, including Dayton’s, Hudson’s, and Marshall Fields. She has sat on corporate boards including Sleep Number, Wolverine World Wide, Big Lots, and Jostens Inc., and nonprofit boards for the South Carolina Aquarium, Susan G. Komen for the Cure, and more. She has been recognized as one of the Top 100 Corporate Directors in America by the National Association of Corporate Directors and featured in Ebony, Essence, Black Enterprise, and Savory magazines.

Jennet Robinson Alterman, president of J. Robinson Alterman LLC, will be recognized in the community category. An international ambassador advocating for women’s rights across South Carolina and the globe, Alterman returned from a long career in international leadership across 40 countries to lead the Charleston Center for Women from 2001 to 2013. She currently serves as board chair of the South Carolina Women’s Rights and Empowerment Network and chair of the City of Charleston Commission on Women.

Erica Taylor, chief of staff for the Charleston County School District, will receive the award in the education category. Taylor sits on the boards of the Trident Urban League and Charleston Leadership Foundation and serves on the MOJA Arts Festival Community Advisory Committee. She has been recognized as the 2018 Outstanding Educator of the Year by the Charleston chapter of Alpha Phi Alpha Inc., a South Carolina Education Policy Fellow, a Racial Equity Leadership Network Fellow, and one of the Charleston Regional Business Journal’s Forty Under 40, the Twenty Under 20 by Thomas Media Group’s Black Pages Black Expo, and the 35 Under 35 by the National School Public Relations Association.

Kat Morgan, founder and lead consultant of ChangeAbility Solutions, will be honored in the entrepreneurship category. Morgan is a solopreneur, community racial justice activist, and TEDxCharleston speaker who consults with individuals and organizations on purposeful positive change management, diversity, equity and inclusion; facilitates planning and visioning; and provides training and leadership and staff development coaching.

Angela Jones-Green, an assistant engineer retired from the Charleston Fire Department, will be recognized in the government category. Jones-Green joined the Charleston Fire Department in 1998 as a firefighter. In 2003 she was promoted to assistant engineer and in 2004 to engineer, making her the first African American female to hold these ranks. She went on to work for the City of Charleston as a senior code enforcement officer. A certified CPR, AED, and First Aid instructor, she teaches these skills to churches and community organizations, and has counseled students at Burke High School and young mothers at Florence Crittenton about their goals.

Marvella Ford, Ph.D, associate director of population science and cancer disparities at the Hollings Cancer Center at the Medical University of South Carolina (MUSC), will receive the award in the healthcare category. Dr. Ford has dedicated her career to combining community engagement with new ways to reduce health disparities—in South Carolina, for instance, African American men with prostate cancer have a death rate three times higher than white men with prostate cancer. In addition to her work at Hollings Cancer Center, Dr. Ford is a public health sciences professor at MUSC and holds a SmartState Endowed Chair position in prostate cancer disparities research at South Carolina State University. She and a colleague were recently awarded a $12.5 million grant to reduce South Carolina cancer health disparities via a statewide research center.

Helen Hill, chief executive officer of the Charleston Area Convention & Visitors Bureau (CACVB), also known as Explore Charleston, will be honored in the hospitality category. A Clemson University graduate, she joined the CACVB more than 30 years ago and enjoys promoting the Charleston region. She also serves as vice chair on the board of directors for the Charleston County Aviation Authority, sits on several statewide and national boards including the U.S. Travel Association, and has been a longtime mentor of other women. Under her leadership, Explore Charleston will launch a website specifically to feature African American heritage and history, telling its story with accuracy and authenticity.

Claire Gibbons, director of marketing and communications for the Charleston Regional Development Alliance, will be recognized in the media & communications category. Gibbons is a chief storyteller and ambassador for Charleston who has been a recipient of two national Silver Anvil awards from the Public Relations Society of America, the 2012 Influential Women in Business Rising Star Award, and a 2013 Forty Under 40 award winner for outstanding leadership in the Charleston business community. For eight years she has directed communications for Charleston’s five-year economic development strategies, Opportunity Next and One Region; the former won an award from the International Economic Development Council. A connector who brings people together and ensures efforts to make a difference do not go unnoticed, she is a longtime mentor of other women.

Judge Michèle Patrão Forsythe, family court judge with the Ninth Judicial Court of South Carolina, will receive the award in the professional services category. A first-generation American who speaks four languages, she was elected in 2016 by the South Carolina General Assembly to serve as a South Carolina Family Court judge. She serves Charleston’s underserved populations as a volunteer in her spare time, teaching English at a local community outreach center and serving as pro bono counsel to local law enforcement agencies and charter schools.

Lilyn Hester, head of Southeast external affairs and government relations for Google, will be honored in the science & technology category. Among other initiatives, Hester founded and implemented Google’s successful Rolling Study Halls program to give rural and low-income students access to resources they need to stay competitive, and contributed to Google’s founding and funding of the Racial and Social Justice Initiative at the Avery Research Center for African American History to engage the public and develop public history resources. On behalf of Google she was also instrumental in outfitting Charleston’s new daytime resource center for the homeless with a state-of-the-art computer lab where people today work on job skills, search for employment, and apply for benefits.

For 111 years, YWCA Greater Charleston has worked to eliminate racism and empower women in Charleston, Berkeley, and Dorchester Counties. A historic local association of YWCA USA, one of the oldest and largest multicultural women’s organizations in America, it seeks to create opportunities for personal growth, leadership, and economic development for women, girls, and people of color. Its annual Rev. Dr. Martin Luther King, Jr. Celebration is one of Charleston’s longest running events, predating Spoleto Festival USA and other events. One of the first MLK tributes in the nation, today it attracts an estimated 30,000 celebrants each year. In 2016 YWCA Greater Charleston brought the first Girls Who Code club for middle school girls to Charleston; its subsequent Y Girls Code program has since expanded to nine clubs across elementary, middle, and high school age groups. In 2017, YWCA Greater Charleston brought the Racial Equity Institute, an ongoing training program, to Charleston to help local leaders understand and address racism in their communities. And in 2018, YWCA Greater Charleston introduced What Women Bring, a power lunch attended by hundreds to celebrate and empower South Carolina’s women in business, community, and culture. For more information, visit ywcagc.org.