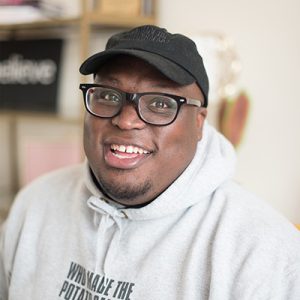 This January, South Carolinians will come together to celebrate Charleston’s 51st Annual Reverend Dr. Martin Luther King, Jr. Celebration. Put on annually by YWCA Greater Charleston, the tribute—first held in 1972 as one of the first national tributes of its kind—is a multiday event reigniting Dr. King’s dream.

All events will be held in person. This year’s theme is “Do the Work.”

The signature event of the Celebration, the 23rd Annual MLK Breakfast Summit—formerly known as the Annual MLK Business and Professional Breakfast—will be held from 7:00 to 9:00 a.m. on Thursday, January 12, at the Charleston Gaillard Center. Noted philanthropist and business leader Anita Zucker will chair the event. Charleston Mayor John Tecklenburg will serve as honorary chair.

Keynoting the event will be Lou W. Kennedy, CEO and owner of Nephron Pharmaceuticals Corporation, a certified woman-owned business and national leader in manufacturing opioid-free drugs for pain that produces one billion doses of life-saving medication annually, and Nephron Nitrile, a producer of American-made nitrile gloves created to help shore up America’s medical supply chain.

Kennedy is also chair of SCBIO, a statewide association promoting the life sciences industry, and Governor Henry McMaster’s appointee to the South Carolina Research Authority executive committee, among many other board and leadership roles. Among other honors, she has been named Business Leader of the Year by the South Carolina Chamber of Commerce and awarded South Carolina’s highest civilian honor: the Order of the Palmetto, bestowed by Governor Nikki Haley in recognition of a lifetime of outstanding service.

The centerpiece of the Celebration, the MLK Ecumenical Service will be held at 4:00 p.m. on Sunday, January 15, at Charity Missionary Baptist Church. Rev. Dr. Nelson B. Rivers, III, pastor of the church, will preside over the service.

Keynoting the service will be Rev. Dr. Herbert L. Temoney, presiding elder of the Santee District of the Seventh Episcopal AME Church Central South Carolina Annual Conference. This native of Mayesville, S.C. previously served as presiding elder of the Wateree District, pastor of Greater St. Luke AME Church in Charleston, and a volunteer chaplain with the Coastal Crisis Chaplaincy organization in Charleston.

He has also served as a member of the Charleston Illumination Project and as a member of the City of Charleston Mayor’s Clergy Advisory Council. Today he serves on the board of his alma mater, Allen University. He holds a Doctor of Ministry degree from United Theological Seminary, a Master of Divinity degree from Payne Theological Seminary, and a bachelor’s degree in sociology and social work from Allen University in South Carolina. He has also been awarded a Doctor of Humane Letters by Canaan Bible College for distinguished community service.

The Rev. Dr. Martin Luther King, Jr. Federal Holiday Parade will cap off the Celebration this year. Members of the public are invited to come out to cheer on the marching bands, parade floats, dancing groups, and others of the more than 100 groups in the parade. Beginning at 10:30 a.m. on Monday, January 16, it will run from Burke High School in downtown Charleston along Fishburne Street, then north to Sumter Street, east along Sumter Street to King Street, and then south to Marion Square, turning east onto Calhoun Street.

Leading off the parade will be this year’s parade marshal, K.J. Kearney, founder of Black Food Fridays.

This graduate of historically Black college South Carolina State University exploded into the world of advocacy at a young age with the founding his James Beard Award-nominated social media initiative encouraging people to purchase food and drinks from Black-owned restaurants. Since 2020, Black Food Fridays has grown to more than 250,000 organic followers across Instagram and Tik Tok.

Kearney has been a featured guest on the hit Food Network show “Delicious Mrs. Brown” and appeared in the Washington Post, Condé Nast Traveller, Insider magazine, the BBC, and MTV News, among other media outlets. He has also worked with top organizations like Pepsi, the Black Amazon Employee Network, the Charleston Food + Wine Festival, and the Charleston Area Visitors Bureau. He has been a featured speaker, moderator, or host for SXSW (South by Southwest), SURJ (Standing up for Racial Justice), the Columbia Museum of Art, the Charleston Metro Chamber of Commerce, and Creative Mornings Charleston.

Two outstanding advocates of diversity will receive awards at the Celebration this year.

Maxine Smith, Ed.D will receive the Joseph P. Riley, Jr. Vision Award at the Breakfast Summit. Recognizing model corporate citizenship, the annual award is named for Mayor Joseph P. Riley, Jr., who served as mayor of the City of Charleston from 1975 to 2016. It recognizes an individual, corporation, or institution who achieves outstanding and favorable recognition in their field or industry; promotes diversity and equal opportunity through policy, business practices, and/or advocacy; contributes positively to the growth of the Charleston metropolitan business market; and advances the common well-being of society through community service and/or other acts of charitable goodwill.

A former CEO of the Trident Urban League and administrator for the American Cancer Society’s Best Chance Network Program, the College of Charleston, Charleston County School District, and Charleston Mayor’s Office for Children, Dr. Smith started out as a teacher of English, public speaking, and journalism. Today, she partners with businesses owned by minorities and other entities that impact disadvantaged citizens and their living environments.

She is currently providing outreach services for SCDOT’s I-526 Lowcountry Corridor West project, which is projected to impact several minority neighborhoods. Her other community outreach projects have included the 25-year Charleston County Half-Cent Sales Tax project and the Arthur Ravenel, Jr. Bridge in 2001-2005. She also managed public and media relations for families of the Emanuel AME Church victims, survivors, and church members, and was a founding member of the African American Leadership Council of Trident United Way.

Rev. DeMett Jenkins, M.Div will receive the Harvey Gantt Triumph Award at the Ecumenical Service. The longstanding honor is named for Harvey Gantt, the first African American student admitted to Clemson University and the first Black mayor of Charlotte, N.C. It recognizes an individual who confronts societal prejudice and bigotry of any kind; adheres to principles of justice, equality, civility, and mutual respect; advances the common well-being of society; builds communication and understanding among diverse peoples; affects innovative and positive change, thought, learning, and/or activity; and inspires others to pursue these goals.

The granddaughter of the late civil rights activist Esau Jenkins, Rev. Jenkins currently serves as the International African American Museum’s Lilly Director of Education & Engagement for Faith-Based Communities. Prior to that, she spent more than a decade working for United Family Services’ Shelter for Battered Women before designing and implementing a domestic violence spiritual advocate ministry through University Park Baptist Church. She also served as a chaplain at Emory University Healthcare and a pastoral care coordinator at Wellstar Kennestone Hospital.

Today she volunteers her time with Coastal Crisis Chaplaincy, an organization that responds to deaths, homicides, and other crisis situations with both the Charleston and North Charleston Police Departments. She holds a degree in criminal justice and a master’s degree in divinity with a focus on pastoral care and counseling.

More information can be found at www.ywcagc.org.

The 51st Annual Reverend Dr. Martin Luther King, Jr. Celebration is one of South Carolina’s longest running events, predating Spoleto Festival USA and other well-known local events. The annual celebration was founded by YWCA Greater Charleston and first held in January 1972—one of the first such tributes to Dr. King in the nation. The annual MLK Breakfast Summit was added in January 2000 in partnership with former Charleston Mayor Joseph P. Riley, Jr. and the City of Charleston. Today the celebration is the largest tribute to Dr. King in South Carolina, attracting thousands of celebrants each year.

For 115 years, YWCA Greater Charleston has worked to eliminate racism and empower women in Charleston, Berkeley, and Dorchester Counties. Among its initiatives to eliminate racism are its multi-day MLK Celebration, one of the city’s longest-running events; its annual Stand Against Racism; and its Racial Equity & Inclusion training equipping local leaders and laypeople to address racism. It empowers women with its annual What Women Bring event, attended by hundreds to empower South Carolina’s women in business, community, and culture; and WE 360°, helping women of color overcome barriers in entrepreneurship. It brought the first Girls Who Code club for middle school girls to Charleston; today its Y Girls Code program includes students of all ages. Its SheStrong program equips young women in high school to develop as leaders and changemakers. For more information, visit ywcagc.org.